Liverpool on Tuesday slipped to a shock defeat against Inter Milan at Anfield but managed to seal their place into the Champions League quarterfinals. 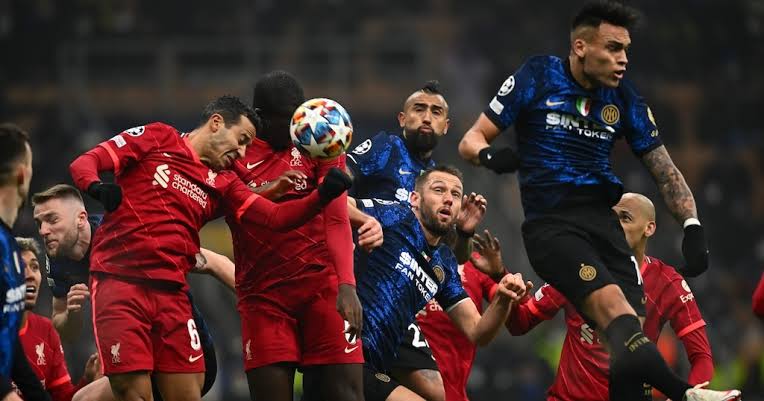 Liverpool on Tuesday slipped to a shock defeat against Inter Milan at Anfield but managed to seal their place into the Champions League quarterfinals with a 2-1 aggregate victory.

Lautaro Martinez’s wonder strike sealed a 1-0 win for the reigning Serie A champions, but Inter failed to capitalise after Alexis Sanchez was sent off moments after the goal.

It is Liverpool’s first defeat in the competition this season but their 2-0 win at the San Siro last month was enough to seal their place in the final eight.

Jurgen Klopp’s side can now turn their attention to the Premier League with fixtures against Brighton and Arsenal to come in quick succession.

The first half was a tight affair, with Inter edging the early stages as they pressed for an early goal but failed to create any clear-cut opportunity.

The game was stopped after 25 minutes when Liverpool supporters in the Kop stand alerted the referee and players to a medical emergency.

The match resumed, and moments later, Liverpool almost took the lead on the night, but Joel Matip’s header rattled off the crossbar.

Virgil Van Dijk came close to scoring from the corner, but Milan Skriniar made a stunning block to deny the Liverpool captain.

The hosts hit the woodwork again shortly after the break when Mohamed Salah’s close-range effort struck the bottom of the post.

After the hour mark, Inter silenced Anfield as Martinez hit a stunning strike from outside the box that arrowed into the top corner.

Inter’s momentum was immediately halted seconds later when Sanchez received a second yellow card, and the visitors were reduced to 10 men. After the sending off, Liverpool started to dominate possession and hit the woodwork for the third time after Salah’s effort struck the post.

Substitute Luis Diaz went close in stoppage time, but his goalbound effort was cleared off the line by Arturo Vidal.

Liverpool have now reached the last eight of the Champions League for the fourth time in the last five seasons.