Liverpool win but quadruple dream jumps out of the window

Nonetheless, the ‘Reds’ keep their head high as they ended the season as the only unbeaten side in the Premier League in 2022. 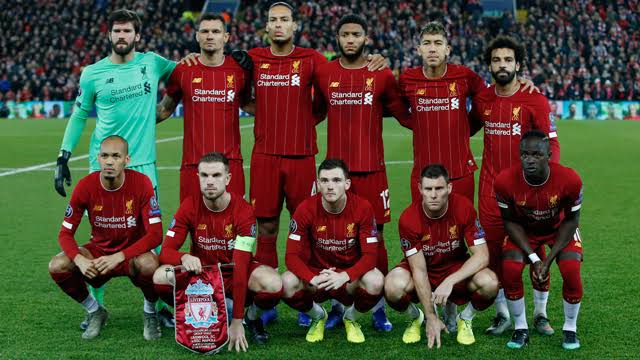 Liverpool beat Wolves 3-1 at Anfield to push the title race on a dramatic final day, but the effort falls short of requirements to topple Manchester City for the Premier League, and so, their dream of an unprecedented quadruple title this season remains a dream.

Nonetheless, the ‘Reds’ keep their head high as they ended the season as the only unbeaten side in the Premier League in 2022.

The early tension was palpable as Liverpool prayed for a home win against Wolves, alongside a City slip up at the Etihad, to keep their slim Premier League title dreams alive.

During the opening stages, nerves carried on to the pitch as Wolves ended their three-match goalless streak at Anfield within minutes when Raúl Jiménez raced behind Liverpool’s defence before cutting back to Pedro Neto for the Portuguese to fire home.

After taking a league-high 17 points from losing positions, the Premier League comeback kings fancied their chances of a quick response. They hit back through Sadio Mané as the Senegalese striker latched on to Thiago Alcântara’s pass and fired past José Sá to ease some of the pressure on Merseyside.

Suddenly, the Anfield crowd burst into raptures when news filtered through that Aston Villa took the lead at the Etihad, just before Wolves’ Hee-Chan Hwang had the home crowd wincing when he forced Alisson into a fingertip save.

A passionate rendition of ‘You’ll Never Walk Alone’ gave Liverpool a boost as they returned after halftime, and Mané rocked Anfield by chipping over substitute Wolves goalkeeper John Ruddy. Still, the party was cut short as the goal was ruled out for offside.

Wolves continued to hold firm, even when the home supporters roused once more following a second Villa goal against City, but the ‘Reds’ struggled to find momentum until Mo Salah scuffed in from point-blank range and Andy Robertson combined with Roberto Firmino to fire in a late Liverpool third.

Despite the ultimate disappointment on the final day, Liverpool will take positives from their 2021/22 campaign, especially after going unbeaten at home for the fifth time in Premier League history.

Their attention swiftly turns to next weekend’s Champions League final. Wolves tried their best to upset the ‘Reds’ at Anfield, but defeat ensured they ended the season winless in seven.