Uchenna Izuka was sentenced to 15 years imprisonment without an option of fine. 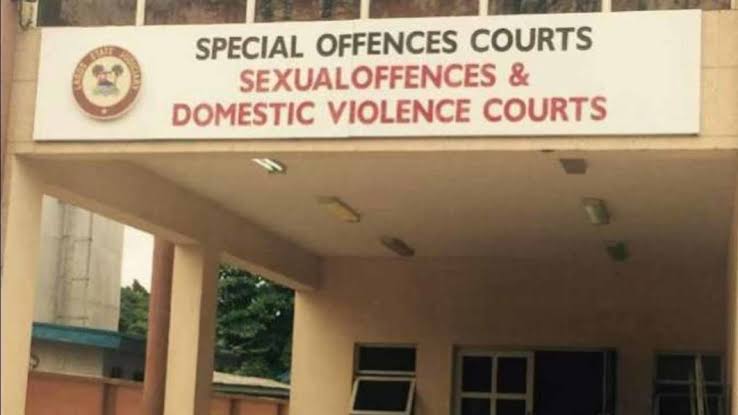 The Ikeja Special Offences Court on Tuesday sentenced a man, Uchenna Izuka, to 15 years’ imprisonment for defiling a 12-year-old girl.

Justice Oluwatoyin Taiwo held that the prosecution had proved the charge of defilement against the convict.

“The survivor testified that the defendant defiled her sometime in 2018 and 2019.

“The defendant dragged her into his room and had sex with her. On the second occasion, she was bleeding, but the defendant used tissue paper to clean her up.

“She said she was a virgin before the incident and that her father took her to the hospital for a check-up when he saw that she was walking with difficulty,” Ms Taiwo said.

The judge said that though the defendant denied that he committed the offence, it was in the view of the court that it was an afterthought as the defendant admitted to have called the survivor into his room and gave her money.

“In light of the evidence before the court, I hereby find the defendant guilty as charged.

“The defendant is hereby sentenced to 15 years’ imprisonment without an option of fine,” Ms Taiwo ruled.

The state prosecution team, Olakunle Ligali and Omowumi Bajulaye-Bishi submitted that the defendant committed the offence skmerkiin January 2019 in Ajegunle.

They said the offence contravened section 137 of the Criminal Laws of Lagos State, 2015.