It took City just 56 seconds to take the lead at Molineux Stadium as Jack Grealish fired in his first goal of the season. 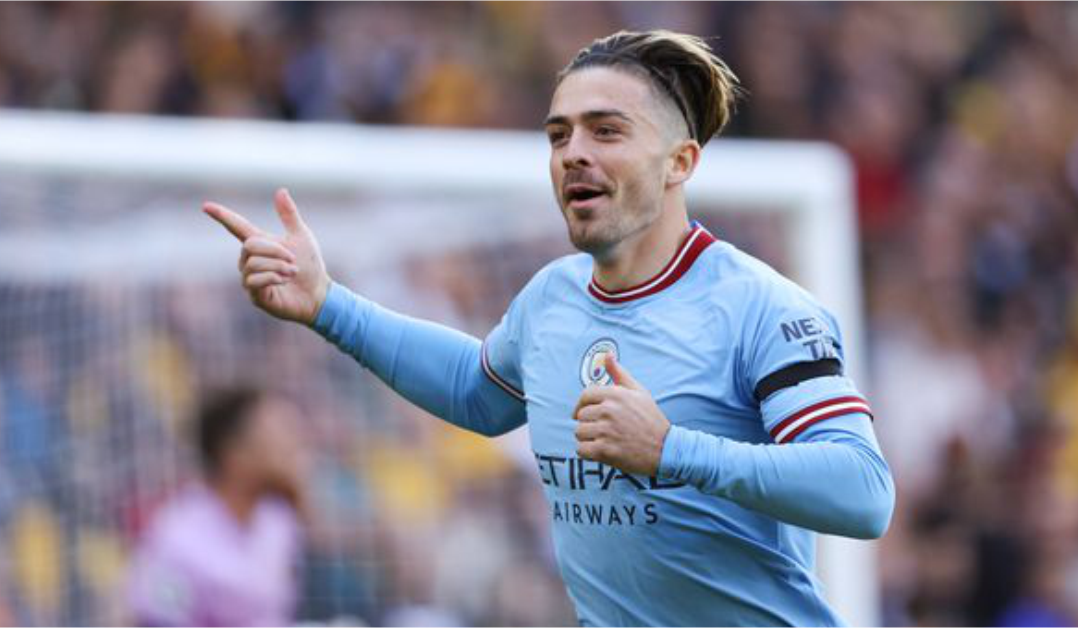 It took City just 56 seconds to take the lead at Molineux Stadium as Jack Grealish fired in his first goal of the season.

Erling Haaland continued his good form netting his tenth goal for Manchester City in the EPL, doubling City’s lead in the 16th minute.

Wolves’ hope of a possible comeback was dashed as Nathan Collins got a red card for a bad tackle on Grealish in the 33rd minute.

City returned to the second half to increase their lead margin, with Phil Foden wrapping it up for City in the 69th minute and pushing City to top of the EPL log.

With the home side down to 10-man, Manchester City dominated 60 per cent of ball possession and fired 16 shots on target.

City are now top of the EPL log with 17 points in 7 games, leading Tottenham Hotspur by goal difference, pending the outcome of Arsenal’s game on Sunday.