Maradona’s ‘Hand of God’ shirt to fetch about N2.2 billion at auction

Auctioneer Sotheby’s said on Wednesday that the shirt is expected to sell for at least £4 million ($5.23 million or N2.25 billion). 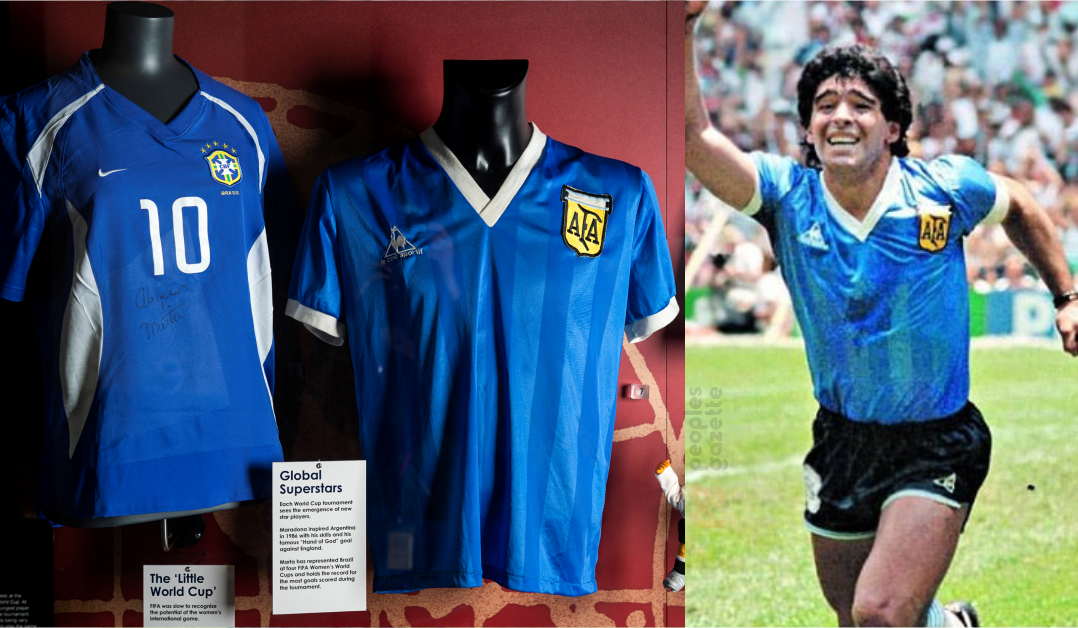 The shirt worn by Diego Maradona when he scored his infamous “Hand of God” goal against England at the 1986 World Cup may now fetch N2.2 billions when it is auctioned.

Auctioneer Sotheby’s said on Wednesday that the shirt is expected to sell for at least £4 million ($5.23 million or N2.25 billion).

The shirt is owned by former England midfielder Steve Hodge.

He had swapped shirts with Maradona after Argentina won the match 2-1, thanks to two goals by the forward.

The second goal was a solo effort considered one of the greatest ever scored.

It was Hodge’s attempted back pass that Maradona chased before using his hand to push the ball past England goalkeeper Peter Shilton for the first goal.

Following Maradona’s death in 2020, Hodge had said the shirt was not for sale.

Maradona, who led Argentina to World Cup glory in 1986, is widely considered one of the greatest ever footballers.