There are reports that in some of the filling stations dispensing fuel, the product is being sold for between N170 and N200 per litre. 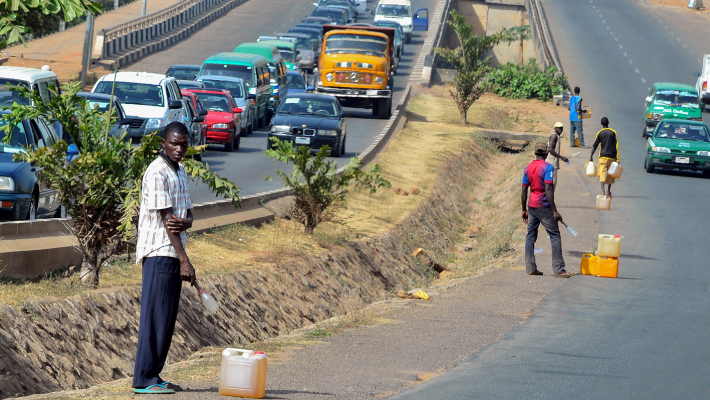 Despite the Plateau government’s threat of auctioning filling stations hoarding petroleum products, marketers have refused to dispense products to consumers, thereby causing long queues at stations and hikes in prices of fuel.

The Secretary to the State Government, Danladi Atu, had announced last Thursday that the government had observed that filling stations were hoarding petroleum products with a view of creating artificial scarcity.

But as of Monday, motorists in Jos, the state capital, expressed concern about the emergence of long queues at various filling stations.

Some of the motorists also alleged that some petrol marketers increased the price of products.

Observations also showed that in a few of the filling stations dispensing, the product is being sold for between N170 and N200 per litre.

Operators of the black market have taken advantage of the scarcity to increase the price of the product at their ends from N1,000 to N1,300 per four-litre gallon.

However, the product is being sold at the approved price of N162 at the NNPC mega station located around the Dogon Karfe area of Jos, but not without a long queue.

A commercial driver, Pam Chomo, who decried the scarcity said, “As we speak to you, most filling stations, except the NNPC mega station, sells the petrol above N170.

“And the unfortunate thing is that in the stations that are selling, motorists spend hours on the queue just to get the fuel,” Mr Chomo added.

Similarly, a businessman, Peter Okolo, lamented after he spent over four hours in a queue without hope of purchasing fuel.

“I have spent four good hours out of my productive time in search of one commodity, yet I still haven’t got it; I am still here,” Mr Okolo said.