He will no longer be allowed to officiate at any tennis event authorised or sanctioned by any international tennis governing body or national association. 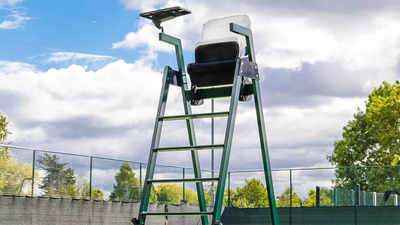 A picture of umpire chair used to illustrate the story [Photo Credit: Times of India]

Portuguese chair umpire Daniel Zeferino has been banned from tennis for life after being found guilty of match-fixing and helping betters, the International Tennis Integrity Agency (ITIA) said on Tuesday.

The London-based agency said Zeferino had been “manipulating” scores inputted into his electronic scoring device at an ITF M15 event in 2020, facilitating “guaranteed wins” by betters on those points.

The ITIA added that Zeferino did not contest the charges and admitted his conduct in an interview.

He will no longer be allowed to officiate at any tennis event authorised or sanctioned by any international tennis governing body or national association.

The thugs invaded the venue when delegates from Sabon Gari area of Kaduna were called to cast their votes.