Mechanic jailed for stealing from seminary

A Jos Upper Area Court has sentenced a mechanic, Daniel Isaac, to six months’ imprisonment for stealing auto parts from a seminary. 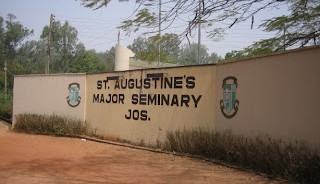 A Jos Upper Area Court has sentenced a mechanic, Daniel Isaac, to six months’ imprisonment for stealing auto parts from a seminary.

However, the judge, Lawal Suleiman, who sentenced Mr Isaac after he pleaded guilty to trespassing and stealing, gave him an option of a fine.

‘’He is to pay N20,000 or spend six months in jail,” ruled the judge. “This judgment should serve as a deterrent to those who would want to indulge in the act of stealing.‘’

The prosecution counsel, Ibrahim Gukwat, told the court that the case was reported at Laranto police station on August 5 by Emmanuel David of St. Augustine Major Seminary Jos.

Mr Gukwat said Mr Isaac trespassed into the seminary and stole automobile parts from a store in the seminary. The counsel said the offence contravened the provisions of sections 334 and 272 of the Penal Code Law.