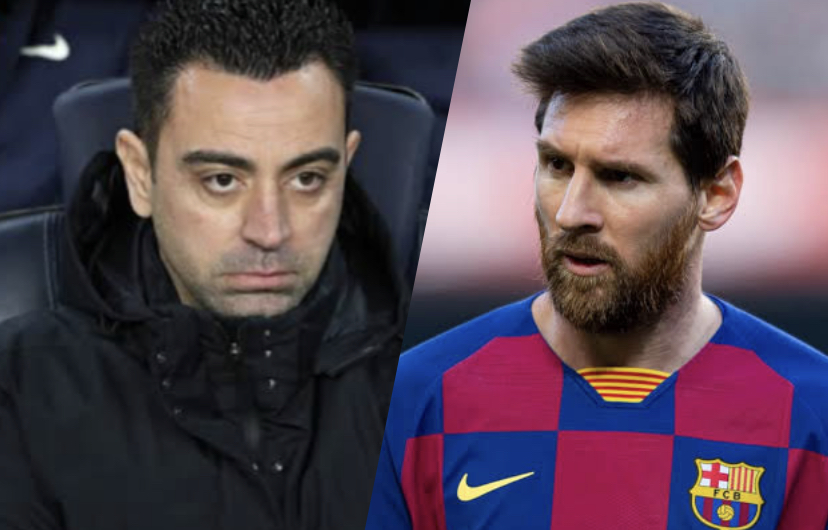 FC Barcelona manager Xavi acknowledged on Tuesday that Lionel Messi’s return to the club is “impossible” at present but refused to rule out a reunion in future.

“He has a contract, and it’s impossible right now,” Xavi told a news conference, looking ahead to Barca’s friendly with Juventus in Dallas on Tuesday.

The former Barca midfielder, however, rejected comparisons between himself and two legendary Blaugrana coaches.

However, his six league goals during his debut campaign in Paris represented his worst tally since he netted the same amount in LaLiga as an 18-year-old in 2005/2006.

On Sunday, FC Barcelona president Joan Laporta said he did not believe the Argentine’s Barca story was over.

However, Messi’s former teammate and current FC Barcelona coach Xavi said such a move was unfeasible, at least for now.

“Messi is the best footballer in the world and in history. President Laporta already said that Messi’s story with Barca is not over, but now is not the time to talk about it.”

On a personal level, Xavi has enjoyed success since returning to FC Barcelona as head coach last November.

He led the side to a second-place league finish after they had languished in ninth under predecessor Ronald Koeman.

Barca are now expected to challenge for silverware after acquiring the likes of Robert Lewandowski and Raphinha.

But Xavi insists he does not seek comparisons with legendary Blaugrana coaches Pep Guardiola and Johan Cruyff.

“I don’t have the idea of equalling Pep. What I want is for Barca to win,” he added.

“It’s not a question of ego; I don’t want to beat Pep or Johan or anyone. On the contrary, I have nurtured myself from them; I am a student of theirs.

“My dream is to return Barca to the top of the world.”

Despite their perilous financial situation, FC Barcelona have recruited heavily throughout the transfer window.

With Sevilla and France defender Jules Kounde reportedly also close to joining, their spending does not look likely to stop any time soon.

And Xavi believes the capture of Lewandowski demonstrates the lure of the Catalan giants, adding: “It’s not for me, it’s for the club. What I do is speak clearly with the players.”