Faruk Yahaya said the army was satisfied with the achievements it recorded in 2021. 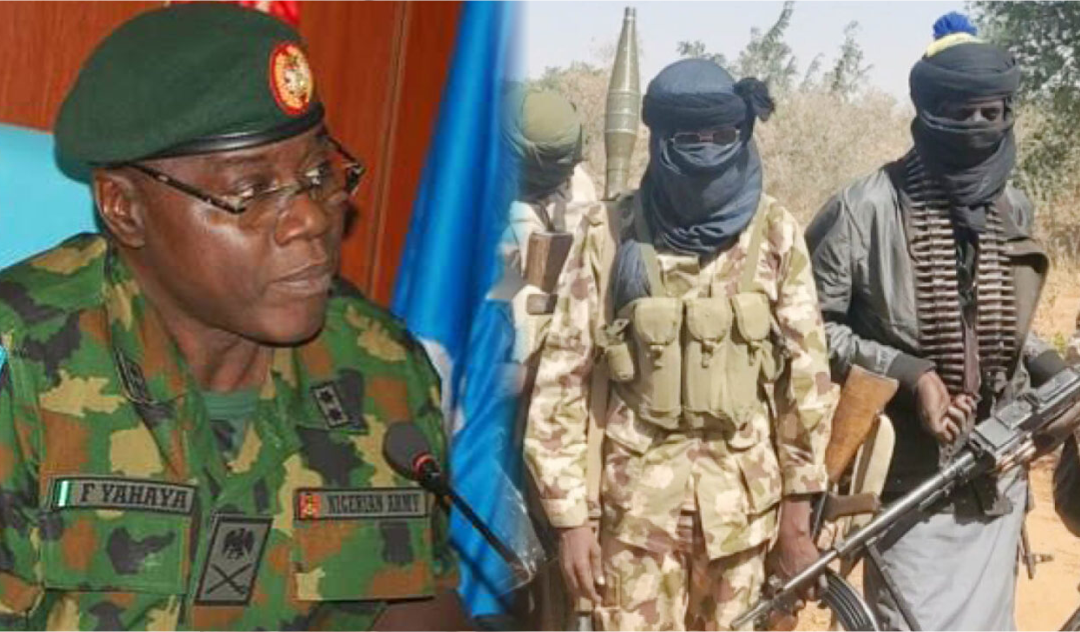 The Chief Of Army Staff (COAS), Lt.-Gen. Faruk Yahaya, has expressed satisfaction with military operations in 2021, stating that it successfully curbed criminals and other ills.

“These exercises have significantly gone a long way in curbing and reducing criminality and other nefarious activities across the country,” Mr Yahaya said.

He spoke during the occasion of the 2021 Nigerian Army Finance Corps (NAFC), West Africa Social Activities (WASA). He was represented at the event by the Commander, Nigerian Army Signal (NAS), Maj.-Gen. Abiodun Owolabi.

Mr Yahaya said that 2021 was quite eventful in the Nigerian Army and that all the field training activities programmed for the year were successfully conducted as scheduled with support from President Muhammadu Buhari.

He listed several projects such as the renovation of some barracks and offices, construction of new barracks and the upgrade of medical facilities which, according to him, were implemented.

“Also, procurement of arms and ammunition has been carried out with the support received from the Federal Government.

“As we commence yet another training cycle, I urge you all to remain committed in the discharge of your collective responsibilities of ensuring peace and stability across the country,” he added.

Mr Yahaya, however, noted that the army was set to deliver optimum services in the new year, having been satisfied with the achievements of 2021.

The army chief further admonished officers to remain focused, dedicated and resilient in order to consolidate on the achievements so far recorded.

Mr Yahaya also commended the Chief of Accounts and Budget, Maj.-Gen. Adekunle Adesope, officers and soldiers of NAFC for their selflessness in the financial management of scarce resources.