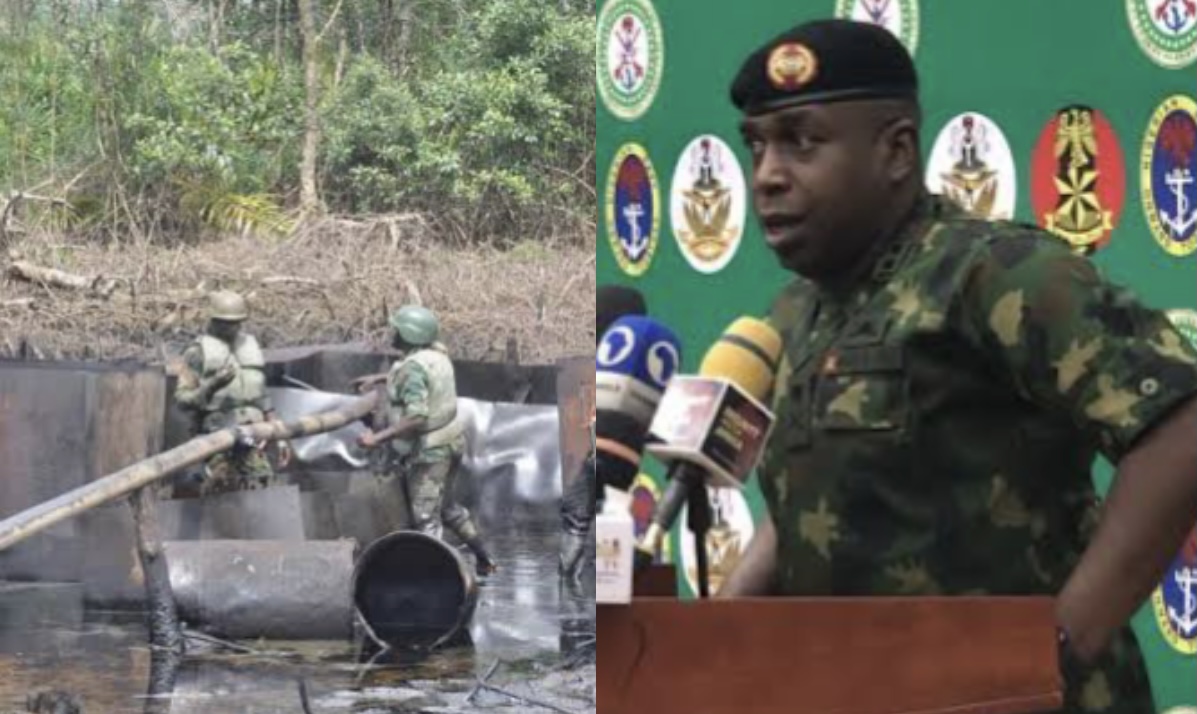 The Director, Defence Media Operations, Major-General Musa Danmadami, said this at the bi-weekly news briefing on the operations of the armed forces on Thursday in Abuja.

According to him, troops also recovered 10 trucks, one generator, one tanker, two vehicles and eight pumping machines.

“Troopers arrested 17 pipeline vandals while a total of 7,805 barrels of crude oil and 2,613 barrels of Automotive Gas Oil (AGO) were recovered.

“Accordingly, an approximate value of product denied oil thieves within the period under review was N537.09 million,” he said.

Mr Danmadami said the troops had between September 9 and September 13 arrested four suspected armed robbers at Okpokumu community in Delta and Iduodah community in Rivers.

“Other items recovered are five pairs of military camouflages, six pairs of desert boots, some Nigerian currency notes and large quantities of items suspected to be hard drugs.

“The arrested suspects and items recovered have been handed over to the relevant authority for further action,” he said.