Overflow of the Tiga Dam on September 8, destroyed farmlands, roads, houses and displaced residents in the areas. 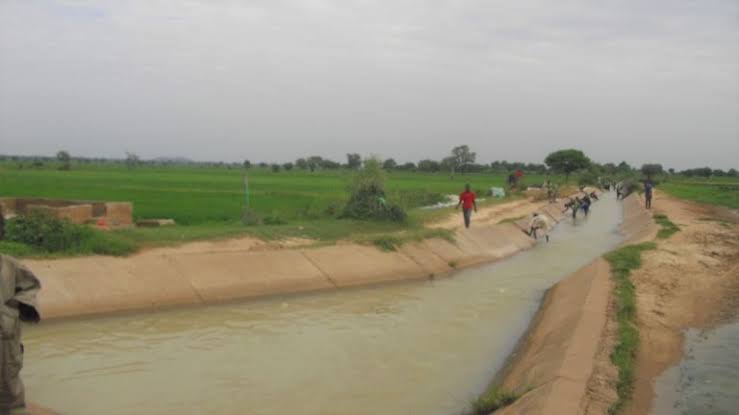 The Minister of Water Resources, Suleiman Adamu, has called for the closure of the Gadar Sarkin Kogi at Tiga in Bebeji Local Government Area of Kano State for both motorists and pedestrians for their own safety.

Mr Adamu made the call during a joint assessment visit to the Tiga and Bagauda Dams respectively with Governor Abdullahi  Ganduje of Kano state.

This is contained in a statement issued by the Chief Press Secretary to the deputy governor, Hassan Fagge on Wednesday in Kano.

He explained that the spillway at the two dams were functioning properly.

The minister said that the floods did not affect the Tiga and Bagauda Dams, adding that the level of the water in the dam has not risen.

He directed the Hadejia Jama’are River Basin Development Authority to continue with routine maintenance of the dams.

Represented by his deputy, Nasiru Gawuna, Mr Ganduje assures of the commitment of the government towards ensuring protection of lives and properties of its citizens.

The governor described the visit as a demonstration of concern by the federal government to the development of the state.

He, therefore, extended his appreciation to President Muhammadu Buhari through the Minister for the timely response.

Overflow of the Tiga Dam on September 8, destroyed farmlands, roads, houses and displaced residents in the areas.