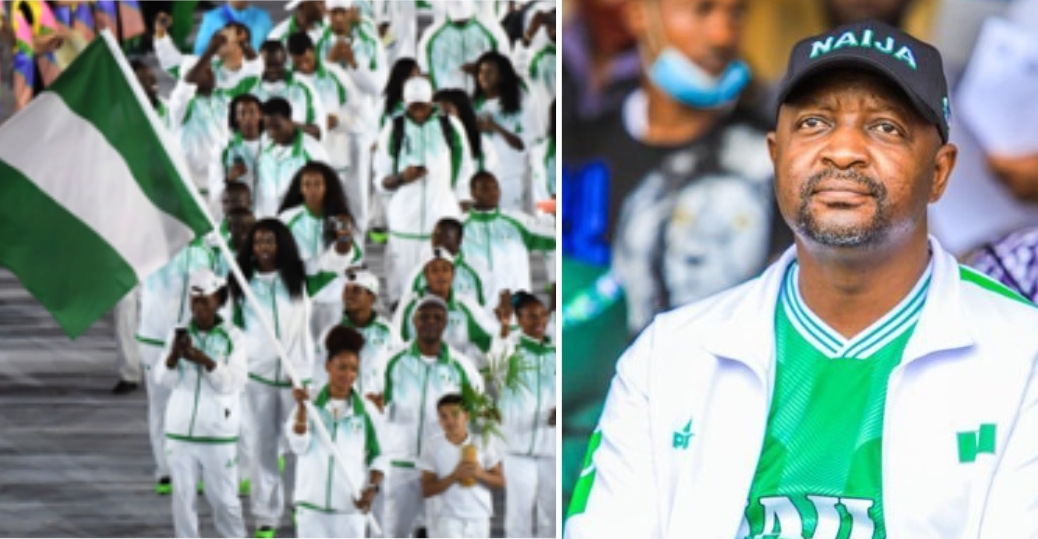 Mr Metu bemoaned the difficulties Nigerian athletes faced at the Olympics, claiming the sports ministry do not value hard work.

”It was a lack of attention to detail and lack of empathy for the hard work that’s put in by us athletes by the Nigerian Olympic committee as well as the government. For ‘more than 60’ athletes to fly halfway across the world and get disrespected and humiliated by our country, that’s something that I’m pretty sure none of us will stand for…,” he stated.

According to him, the basketball team had to practise with no coach “before we played the best team in the world, Australia.”

He added, “I just feel I have to bring attention to that and try to use this platform to speak out against this.”

Mr Metu further explained that the inaction of the sports ministry made it hard for athletes to perform at their best with low morale and enthusiasm representing Nigeria.

”We see other countries and how they’re living, and it’s just so smooth for them. Man, what wouldn’t I give to have that?” disclosed the athlete. “Like I said, all of us would die for our country. We would put it on the line, every last one of us. They make it difficult to want to go out there and want to represent honestly.”

On Friday, Team Nigeria’s captain at the Tokyo 2020 Olympics, Quadri Aruna, shared his concerns via his Instagram handle @quadriaruna attributing his shocking ouster to the failure of the officials to allow him to travel with his proven coach.

“You all wanted me to perform well, but you removed my coach that qualified me to (who helped me to qualify for) the quarter-finals at the Rio 2016 Olympics,’’ the 32-year-old said.

“I dare you all to remove me (from the national team) because I said the truth. Athletes are being short-paid (underpaid) and nobody should complain?” he added. “If the Minister of Youth and Sports Development, Sunday Dare, doesn’t come and address the athletes, these officials will spoil all the good things you (Dare) have been doing.’’

Also complaining about the sports ministry’s handling of athletes, sprint star Blessing Okagbare noted, ”The sports system in Nigeria is so flawed, and we athletes are always at the receiving end.”

Neither the sports ministry nor Mr Dare responded to Peoples Gazette’s request for comments.