The Lagos government had directed closure of all markets in the state on Wednesday and Thursday to enable traders collect their permanent voter cards. 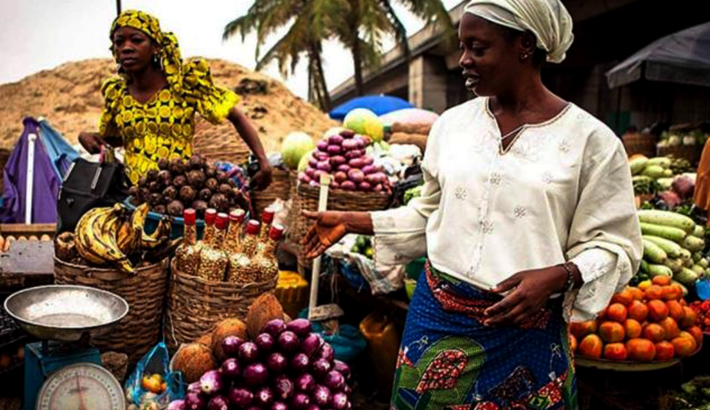 Some market men and women in Lagos State have given knocks and kudos to the state government over the closure of some major markets in the state.

The state government gave the directive on Wednesday to enable the traders to get their Permanent Voters Cards (PVCs) on Thursday.

The traders expressed their divergent views during different interviews with NAN on Thursday, during a visit to some of the major markets in the state to find the level of compliance to the government’s directive.

The visit showed that there were skeletal activities at some of the major markets, following traders’ compliance with the state government’s directive that traders should obtain their PVCs.

Some traders at these markets, however, decried the development and claimed that billions of naira were being lost due to the directive that markets should not open.

Iya Oloja Irewolede Modern Market in Idumota, Kudirat Owowale, said that all the stores along that axis complied with the directives.

According to her, the directive will enable traders make up a large number of voters at the 2023 elections

Mrs Owowale, however, said that the directives to lock up shops greatly affected sales output, adding that they had no choice but to comply as it was a government order.

She said the government should have consulted with market leaders before such a directive was given.

She urged traders to go out en-masse to collect their PVC for adequate representation at the polls in 2023.

“Truly, this directive has affected us; there’s nothing we can do about it, we have complied and the markets are empty.

“This kind of thing, going forward, we should be consulted so that we can advise on how it should be done. It can be a partial closure or section by section closure, so that activities in the market are not totally at zero such as this that we have.

“We look forward to resuming trading because we cannot quantify how much has been loss already,” she said.

A fabric trader at Lagos Island, Lateef Babamole, said the development was not very beneficial to the traders because those that collect PVCs at the markets may be unable to vote at a different location.

“Traders may just collect for collecting sake as many of them do not live near the market areas at all and some even live in Ogun State.

“Because of this, they may not be able to vote at the end of the day. Although, it is good to have the card but the losses the market would record from having the card is not worth it,” he said.

Activities at Aleshinloye Market in Ajah Area, was also at a low ebb partly as a result of the loss of a community leader and in adherence to market leadership directives.

Alice Barnabas, a trader, hanging around the market, said that the directive afforded many of the traders the opportunity to get their PVC which they had before but which they did not have the chance to collect.

Also, traders at the Alimosho Local Government Area adhered to the directive of market leadership by locking up their shops.

A shop owner at Iyana- Ipaja Market, God-Power Chinedu, told NAN that, though, it was not easy for them to lock up their shops since Wednesday as business owners, but it was a sacrifice for a national obligation.

Mr Chinedu said that many of the traders were not able to register for the PVC since it started, due to the crowd at the various registration centres.

According to him, they were determined to do so within the timeframe declared for them to close their shops.

“I was able to register mine yesterday but some of my sales boys and shop neighbours are still at various registration centres to get theirs done before the end of today,” he said.

Sherifat Amoo, a rice seller at Ayobo Market, said that the government might need to extend the date for the registration of the PVC, as many of the traders were yet to be captured for the exercise due to the crowd.

“Many of us are yet to register for the PVC because of the crowd and would not be happy if we are disenfranchised.

“Government should consider us and extend the date so that we can also participate in the voting exercise,” she said.

Mrs Amoo, however, urged INEC to deploy more registration centres and officials to the Alimosho Local Government Area, as it was the largest in the state.