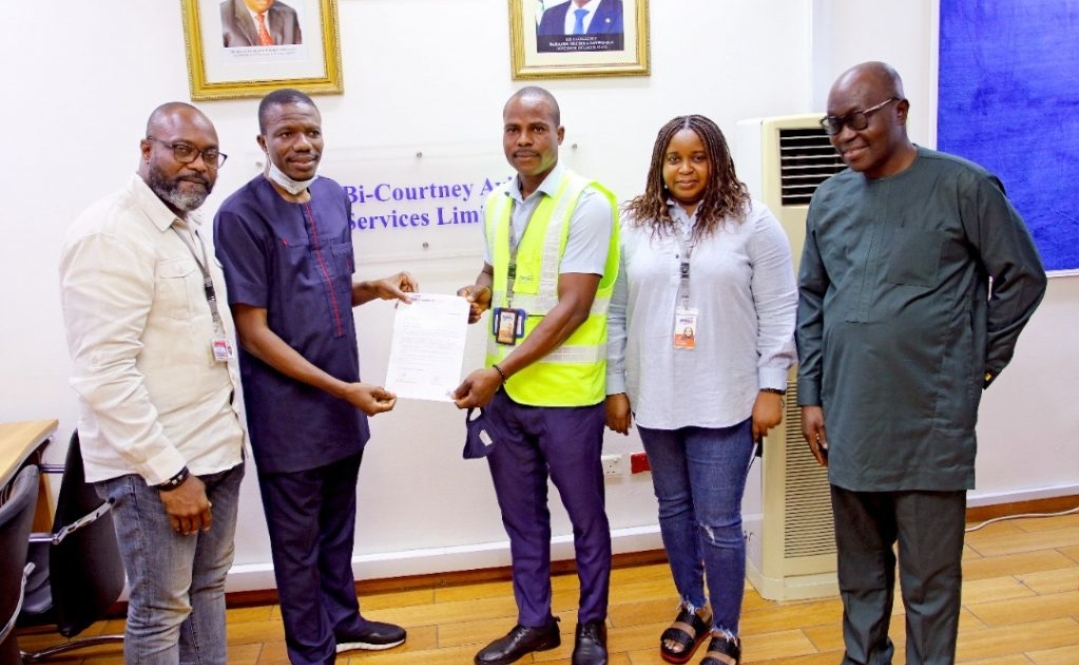 On Wednesday, the company’s HR head, Ola Azeez, presented a cash reward and letter of commendation to Mr Eluu at the Lagos Airport office.

The bag belonged to a prominent Nigerian who boarded an Arik Air flight from MMA2 to Port Harcourt on August 30.

According to BASL, the bag has been returned to the owner.

Mr Azeez said, “Some others would have picked the bag and walked away, and such would be difficult to trace, if not totally impossible. What could only happen is to indict everybody working on the shift of the time it occurred. But we thank you for your honesty, for picking up the item and handing it over to the appropriate authorities.”

“Your singular action is clearly in sync with the core values of the organisation,” he added.