He was earlier remanded with the EFCC after the January 12 proceedings and the court had fixed January 18 to hear his bail application. 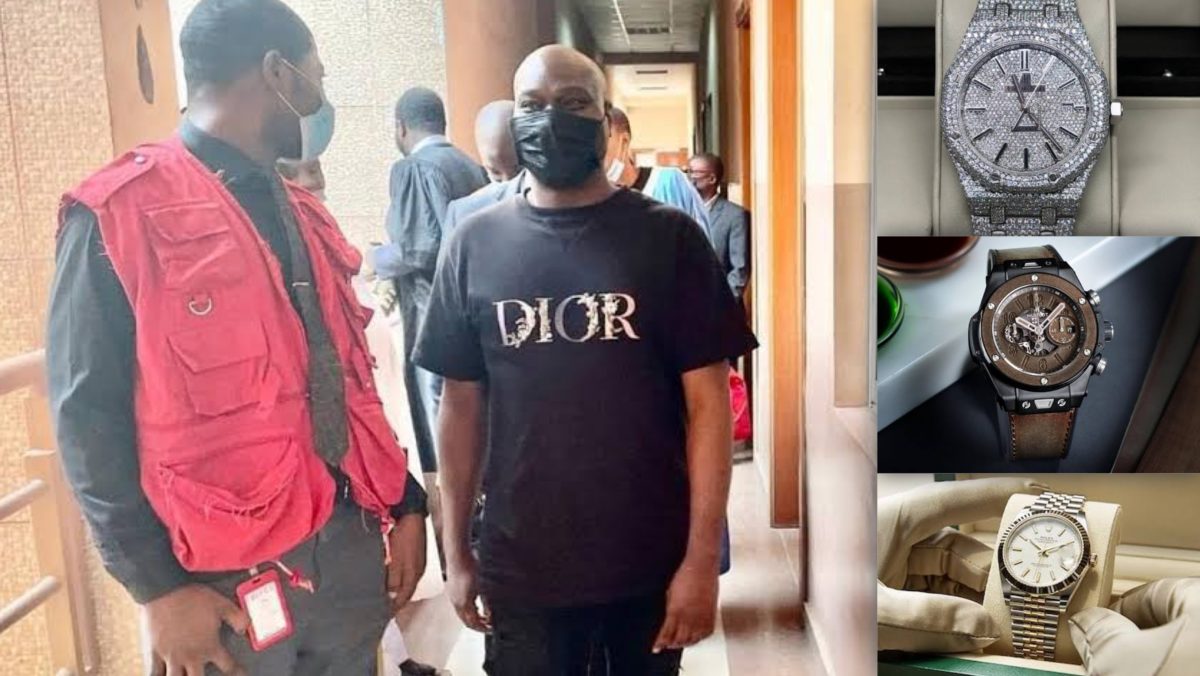 Composite of Mompha and exotic wristwatches used to illustrate the story

Social media celebrity, Ismaila Mustapha, alias Mompha, on Tuesday opted to be remanded at the Ikoyi Correctional Center in Lagos, following his inability to meet the bail conditions imposed by an Ikeja Special Offences Court.

Mompha and his company, Ismalob Global Investment Ltd., were arraigned by the Economic and Financial Crimes Commission (EFCC) over alleged N6 billion fraud on January 12.

Others are retention of proceeds of criminal conduct, use of property derived from unlawful act, possession of document containing false pretence and failure to disclose assets and properties.

He was earlier remanded in the custody of the EFCC after the January 12 proceedings and the court had fixed January 18 to hear his bail application.

“The applicant is granted bail in the sum of N200 million with two sureties in like sum. One of the sureties must have property valued at N100million within the jurisdiction of this honourable court.

“Both sureties must depose to an affidavit of means to allow the placement of a lien in their respective bank accounts, both sureties must be gainfully employed and resident within the jurisdiction of this court.

“The sureties must provide proof of tax payment for the past three years. The applicant shall however be remanded in a Correctional Center of his choice pending the perfection of his bail,” Justice Dada said.

Mompha, after consultation with his legal team opted to be remanded at the Ikoyi Correctional Center. The case was adjourned until March 28, 29 and April 4, 5 and 6 for commencement of trial.