“The defendant who claimed to be a Muslim cleric took the 16-year-old boy inside his house before assaulting him.” 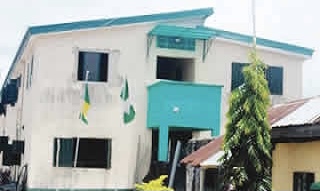 Chief Magistrate Patrick Adekomaiya ordered the defendant to be remanded in Badagry Correctional Centre after he plead not guilty to the charge.

The cleric, Mr Ejebor, whose residence is unknown, is standing trial on a charge of sexual assault by penetration.

Earlier, the prosecutor, Akpan Nko, told the court the accused committed the offence on December 15, 2021 at No 108, Kazeem Str., Ijyana-Cele, Ajangbadi, Lagos.

“The defendant who claimed to be a Muslim cleric took the 16-year-old boy inside his house before assaulting him.

The Chief Magistrate adjourned the case until April 25, for hearing.
(NAN)