The EFCC on July 22 arraigned Mr Idris and three others on 14-count charge bordering on misappropriation of N109.5 billion. 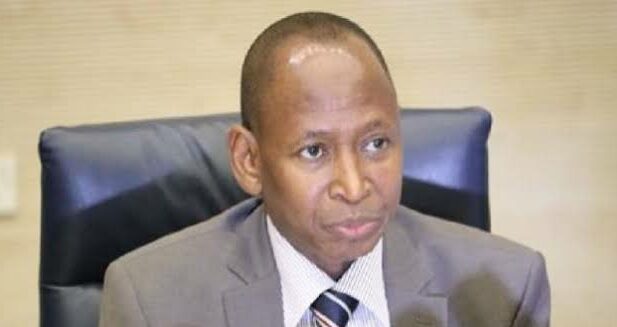 An FCT High Court  will on Thursday rule on the bail applications filed by the suspended Accountant-General of the Federation, Ahmed Idris, and three others over alleged N109.5 billion fraud.

Justice O. Adeyemi Ajayi fixed the date on Wednesday after listening to the submissions of all counsel in the matter on the bail applications.

She adjourned ruling on the bail applications until Thursday.

In addition, she ordered that the defendants should be remanded in Kuje correctional centre pending ruling.

He submitted that the offence his client was charged with, is bailable and not a capital offence.

Other defendants’ counsel, P.B Abalaka, for the third defendant and Mohammed Ndayako, SAN for the fourth defendant aligned with Uche.

The EFCC Counsel, Rotimi Jacobs, SAN, while opposing the bail, reminded the court that misappropriation of public funds by public officers is likened to genocide, a crime against humanity.

He said bail is regulated by the court under Administration of Criminal Justice Act ( ACJA) and that the court should take judicial notice of that.

He added that though the offence is not capital, it is weighty.

It alleged that the sum was a motive for accelerating the payment of 13 per cent derivation to the nine oil producing states in the Federation, through the office of the AGF.

It also alleged that N84,390,000,000 from the federal government’s account was converted by the first and second defendants between February and November 2021.

EFCC said the offence contravenes the provisions of sections 155 and 315 of the Penal Code Act Cap 532 Laws of the Federation of Nigeria 1990.

The defendants pleaded not guilty to the allegations against them.