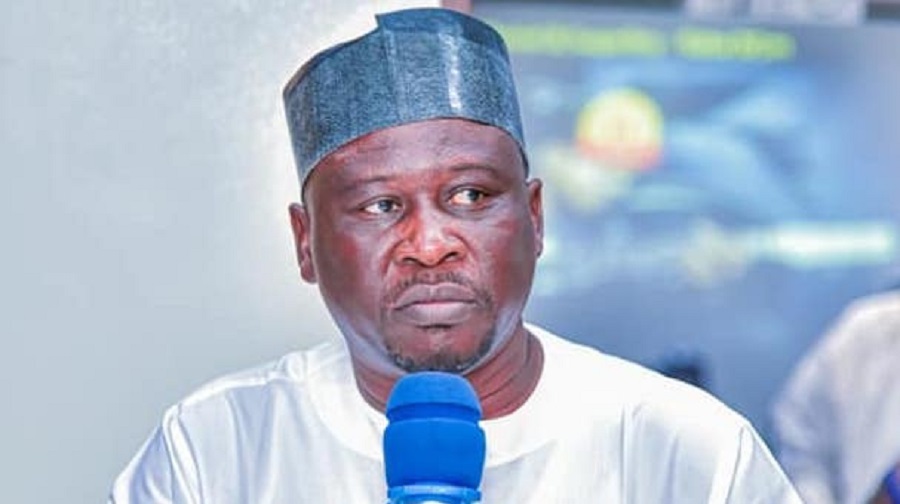 The Peoples Democratic Party Screening Committee has disqualified three aspirants from participating in the national convention slated for October 30.

The Chairman of the Convention Committee, Gov. Ahmadu Fintiri, disclosed this during the unveiling of the party’s national convention logo and promotional materials on Thursday in Abuja.

Mr Fintiri said that the committee set up to screen the aspirants had completed their work and submitted their report to the organising committee on Thursday afternoon.

He noted that 31 candidates indicated interests for various national positions in the party, out of which 27 were cleared, one withdrawn and three disqualified.

“All these aspirants have been disqualified because they took the party to court. Their intention also was to stop the national convention.

“So, if you have taken the party to court without exhausting the internal mechanism of settling whatever grievances you have and you try to stop the convention.

“The committee felt you cannot also enjoy the convention.

“Moreover, the provision of Section 51 sub 1L in our party constitution clearly spells out that you must exhaust all the internal mechanisms in the party.

“The same constitution of our great party has also made a provision that if you have not exhausted Section 58 (1L), you can be punished under Section 59 (1e). So, you can see that the steering committee has done what is needed of them.

“You must be disciplined in the party for us to survive. I think we have to move away from the past as we are trying to open a new chapter for the party,” Mr Fintiri said.

He said that if any of the disqualified aspirants had reason not to agree with their disqualification, they had the opportunity to appear before the appeal committee on Friday.

Mr Fintiri said that such a person might be considered depending on the reason he may put forward.

He said the committee had done a great job as it paved the way for PDP to move forward.

“I assure you that on October 30 and 31, we will have one of the best open, transparent, and democratic conventions in the recent history of this country,” he said.

On the number of delegates, Mr Fintiri said that about 4,000 delegates were being expected even though there were litigations surrounding the list, efforts were on to clear it.

He stressed the need for the party to bring out its best at the convention to steer the affairs of PDP with their skills, experience and integrity.

“We need to bring people of high integrity to manage the affairs of the party and to pilot us to winning the 2023 general elections, particularly the President,” he said.

Mr Fintiri appealed to members of the committee to make the necessary sacrifice that would ensure success of the convention.

In his remarks, the PDP National Publicity Secretary, Kola Ologbondiyan, said the 2021 national convention committee led by Mr Fintiri was prepared to hold a convention that would lead PDP to victory in the 2023 general elections.

Mr Ologbondiyan, who is also the secretary of the National Convention Publicity Sub-Committee, said that the national convention of PDP presents an opportunity for Nigerians to come together and support the party in 2023.