The minister said the plan would go a long way to reduce the tension between herders and farmers. 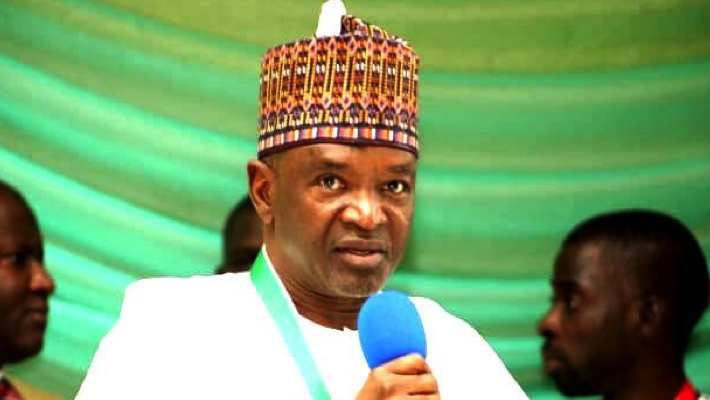 Dr Mohammed Abubakar, the new Minister of Agriculture and Rural Development, says the National Livestock Transformation Plan (NLTP) will be his priority to tackle insecurity across the country.

Mr Abubakar said this on Thursday at the handing over ceremony of the outgoing minister of the ministry, Muhammad Nanono in Abuja.

The minister said this would go a long way to reduce the tension between herders and farmers.

He said that research and extension services would also be strengthened to ensure that best practices were translated into concrete deliverables in the agriculture and livestock value chains.

“In this regard, the National Livestock Transformation Plan will be the priority due to implication not just by security infiltration but its overall impact on insecurity in the country.

“The priority of this ministry under my leadership will be to ensure that we have the necessary policy direction on ground that will truly position agriculture as the mainstay of our economy as captured in the Medium Term National Development Plan, and Mr President’s vision of uplifting 100 million Nigerians out of poverty in 10 years.

“In addition, research and extension services will be strengthened to ensure that best practices are translated into concrete deliverables in the agric and livestock value chains.

“We will start to promote synergies among the agencies and departments of the ministry,” he said.

“Agencies must collaborate and work with relevant stakeholders to achieve our mandate,” he said.

He said that the enormous resources could place the country as the number one food producer and exporter in the world.

Mr Abubakar hoped to do more than what his predecessor had done in order for his successor coming after him to perform more than him.

Earlier, the outgoing Minister of Agriculture and Rural Development, Mr Nanono, urged the new minister to address some major challenges in the sector which includes pasture for livestock, fertilizers, and others.

In his remarks , the minister of State for Agriculture, Mustapha Shehuri, congratulated Mr Nanono for his leadership saying the members of  staff had learnt a lot from him.

Also, the Permanent Secretary of the Ministry, Ernest Umakhihe, assured the new minister of support and cooperation of directors and members of staff to achieve his mandate.