“Everywhere is unsafe; even the police station is not safe. We need to rejig.” 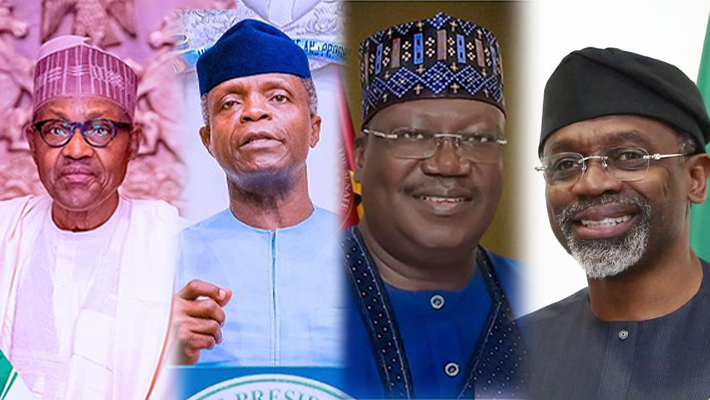 A composite of Buhari, Osinbajo, Lawan and Gbajabiamila used to illustrate this story

The National Missioner of Ansar-ud-Deen Society of Nigeria, Sheikh Abdul-Rahman Ahmad, says no amount of prayers said by Nigerians, and their leaders will bring about any divine intervention amid the prevailing nationwide chaos.

During the Special Ramadan Prayer Tafsir (lecture) for Lagos and Nigeria, he made this assertion at the Lagos House, Marina, on Sunday.

Vice President Yemi Osinbajo and other prominent Nigerians, including former President Olusegun Obasanjo, had called on Nigerians to pray to save the country from plunging into further chaos leading to war and dividing of the country.

The Islamic cleric lamented, “We are insecure. We are unsure. There is hunger. There is anger and confusion in the land. This is the time we need divine intervention. If we gather and pray till 2023, Allah will not listen to us till we do some things.”

According to Mr Ahmad, the country needs more than rhetorics and appeals for prayers. The cleric called for decisive measures to be taken, acknowledging the systemic failure of the country’s security architecture.

“This is the time action is required, backed by deep thoughts for today and our tomorrow,” said the Ansar-ud-Deen leader. “We have often blamed leaders, but we have to choose the kind of leaders we deserve.”

Though President Muhammadu’s regime has often claimed that the chaos witnessed in the country is exaggerated, the Ansar-ud-Deen missioner insisted, “Everywhere is unsafe; even the police station is not safe. We need to rejig.”

Also, Mr Ahmad called on those clamouring for the country to divide to rethink while he condemned the kidnappings and killings in the country.

“For those clamouring to divide the country, maybe you should have a rethink. Ask yourself, where will this clamour for so-called independence lead us? We should reinvent this country. Nigeria will be great.