The Flying Antelopes were demobilised by their Oriental neighbour after playing out a 1-1 draw in regulation time. 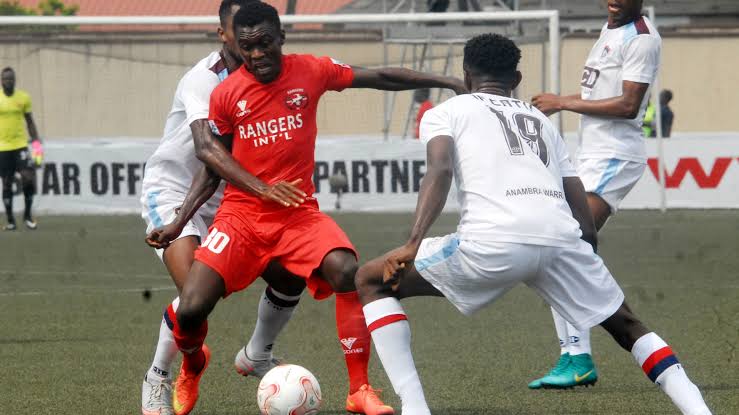 Enugu Rangers VS Heartland of Owerri

Rangers International FC of Enugu have crashed out of this year’s Aiteo Cup campaign after being pipped on penalties by Heartland Football Club of Owerri on Wednesday.

The Flying Antelopes were demobilised by their Oriental neighbour after playing out a 1-1 draw in regulation time.

Naze Millionaires came out victorious in the ensuing penalty kicks 8-7 to qualify for the round of 16 stage of the competition.

The round of 32 match played at the Samuel Ogbemudia Stadium, Benin saw Shedrack Asiegbu put Rangers in the driving seat in the 29th minute.

First half substitute Nonso Nzediegwu drew both sides level in the 65th minute, with the Owerri side largely dominating the second half.

But, after both sides stayed level after the first five kicks each, they went into the shootout’s sudden death stage where goalkeeper Godwin Paul saved Rangers’ eighth kick.

Rangers International are now ending the season empty-handed after a promising start.