The suspect was also caught with other quantities of loud, Arizona, colorado variants of cannabis and codeine-based cough syrup. 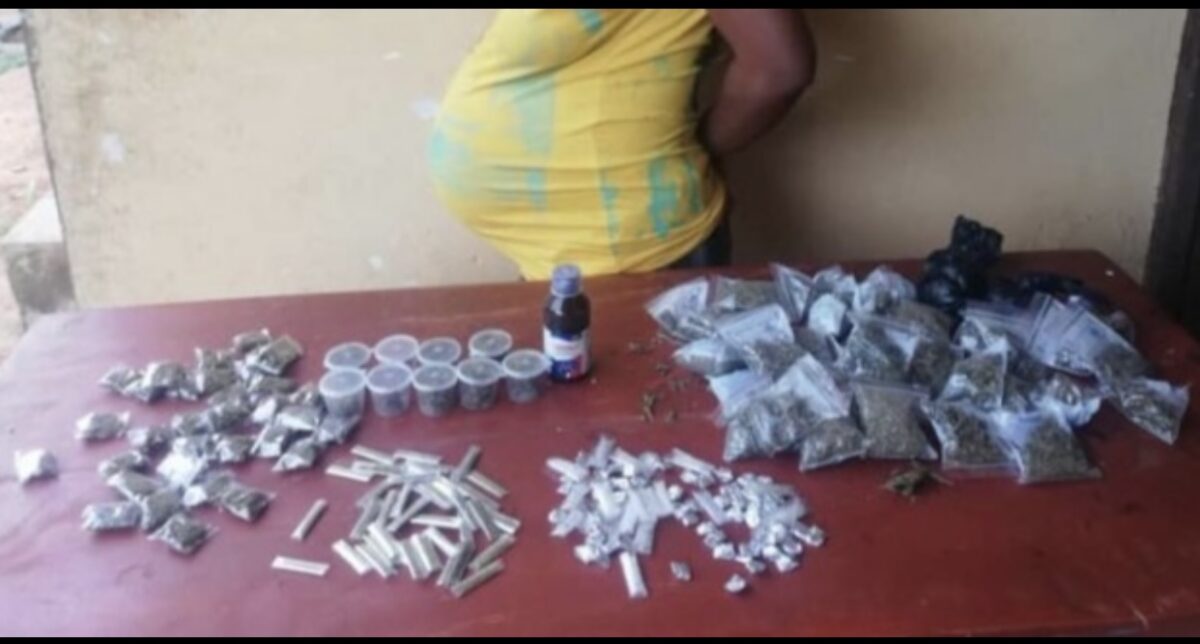 In a statement on Sunday, NDLEA spokesman, Femi Babafemi, said the suspect, Favour Haruna, who was arrested on Friday, was also caught with other quantities of loud, Arizona, colorado variants of cannabis and codeine-based cough syrup.

He said attempts by drug cartels to export 7.805 kilograms of crystal methamphetamine to the U.S. and Australia had been thwarted by NDLEA operatives attached to some courier companies in Lagos.

“In another development, one hundred and nineteen thousand (119,000) tablets and capsules of tramadol, D5 and Exol5 were recovered from two drug dealers in Gombe state.

“Nasiru Abubakar, 22, and Umaru Bayero, a.k.a Hadiza, were arrested when NDLEA operatives raided their stores at the Gombe main market on Tuesday, September 6,” he said.

Mr Babafemi said a suspect, Paul Ali, 47, was arrested along the Okene-Abuja highway, in Kogi, with 1,404 bottles of codeine-based syrup weighing 190.94kg.

He said 2,040 ampoules of pentazocine injection coming from Onitsha to Sokoto was also intercepted.

“A follow-up operation in Sokoto has also led to the arrest of the receiver of the consignment on Tuesday, September 6.

“A raid at the cannabis plantation camp in Emure forest, Owo LGA, Ondo State, has led to the arrest of Monday Onoja, 20; Daniel Kehinde, 25; and Obinna Okechukwu, 35.

“Sixteen (16) bags of the illicit substance weighing 179.5kg were seized from them,” he said.

Mr Babafemi quoted the chairman, NDLEA,  Buba Marwa, as commending the officers and men of the MAKIA, Kano, Kogi, Edo, Ondo and Gombe Commands for their resilience.

Mr Marwa charged them and their compatriots in other commands to remain focused and vigilant in their areas of responsibility.