Mr Agbaijoh, 25, was arrested during a stop-search operation while on transit on Ore-Okitipupa road in Ondo. 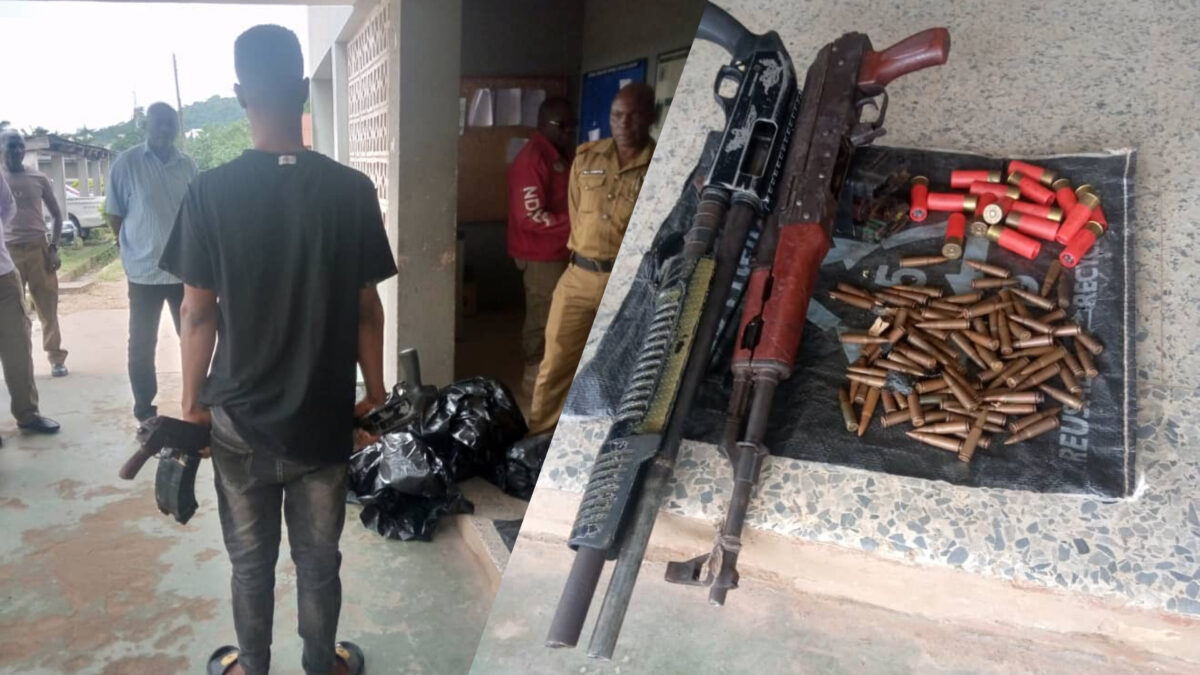 The Nigeria Drug Law Enforcement Agency (NDLEA), Ondo Command, has nabbed a man, identified as Destiny Agbaijoh, with 16 rounds of live ammunition hidden in a bag.

Mr Agbaijoh, 25, was arrested during a stop-search operation while on transit on Ore-Okitipupa road in Ondo.

NDLEA Commandant in Ondo,  Kayode Raji, disclosed the arrest of the suspect to reporters, in Akure the state capital, on Wednesday.

According to him, the suspect had also attempted to bribe men of the NDLEA with the cash found on him.

“But my men promptly rejected it and immediately took him to custody for interrogation.”

He explained that the Ak-47 found in the possession of the suspect had been tampered with while suspecting that the rifle might belong to the police.

“One of the magazines has an inscription that looks like that of the Nigeria police and some quantity of ammunition.

“Also, he was arrested with strap bags and we asked him what he want to use it for; he didn’t say, he said he would die if he confessed.

“The bag looks like where they keep dead bodies or mangled bodies of human beings,” Mr Raji added.

Fielding questions from reporters, Mr Agbaijoh said he got the bag containing the arms and ammunition inside the bush where he is working as a timber merchant.

“I saw the bag inside the bush where it was wrapped in a nylon bag and I decided to take it to my village in Agadagba, Ese Odo are of Ondo.”

When asked why he did not report to the police when he saw the content of the bag, the suspect said he never knew he would be put into trouble.

Meanwhile, the Ondo NDLEA Commandant explained that the suspect would be handed over to the police for further investigation and prosecution.

“We have done our preliminary investigation and we are going to hand him (suspect) over to the Nigeria police,” he said.

Photo attached: the suspect being paraded by the NDLEA in Ondo