Approximately, 19,598 kilogrammes of these assorted illicit drugs were seized by the FCT Command. 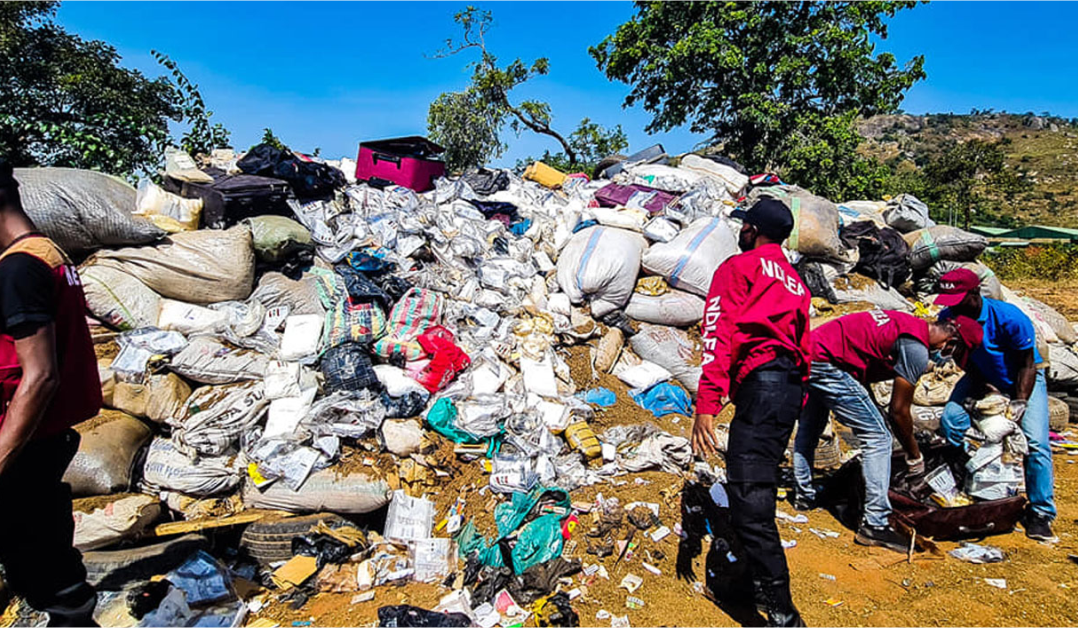 The National Drug Law Enforcement Agency (NDLEA) on Tuesday in Abuja destroyed over N50 billion worth of drugs weighing 20,000 kilogrammes.

Speaking on the matter, the NDLEA boss, Buba Marwa, said the agency was experiencing a resurgence and was being retrofitted to operate at full capacity.

Represented by the NDLEA secretary, Shadrach Haruna, Mr Marwa said the sheer size of the destroyed drugs was a reminder of the magnitude of the drug problem in Nigeria.

According to him, the public destruction of 20 tons of illicit drugs and substances, further buttresses that call to action.

“To be destroyed here today is approximately 20,000 kilogrammes of illicit drugs valued at over N50 billion.

He said the FCT command had also commenced the “Abuja Drug-Free City Project” as part of efforts to rid the territory of illicit drug abuse and trafficking.

The exercise took place following the prescription of the National Environmental Standards and Regulations Enforcement Agency (NESREA) concerning the best method of disposing of seized drugs without polluting the environmental ecosystem or endangering public health.