The National Drug Law Enforcement Agency (NDLEA) has intercepted large drug consignments and arrested some suspects in several seizures made in Lagos and Abuja airports. 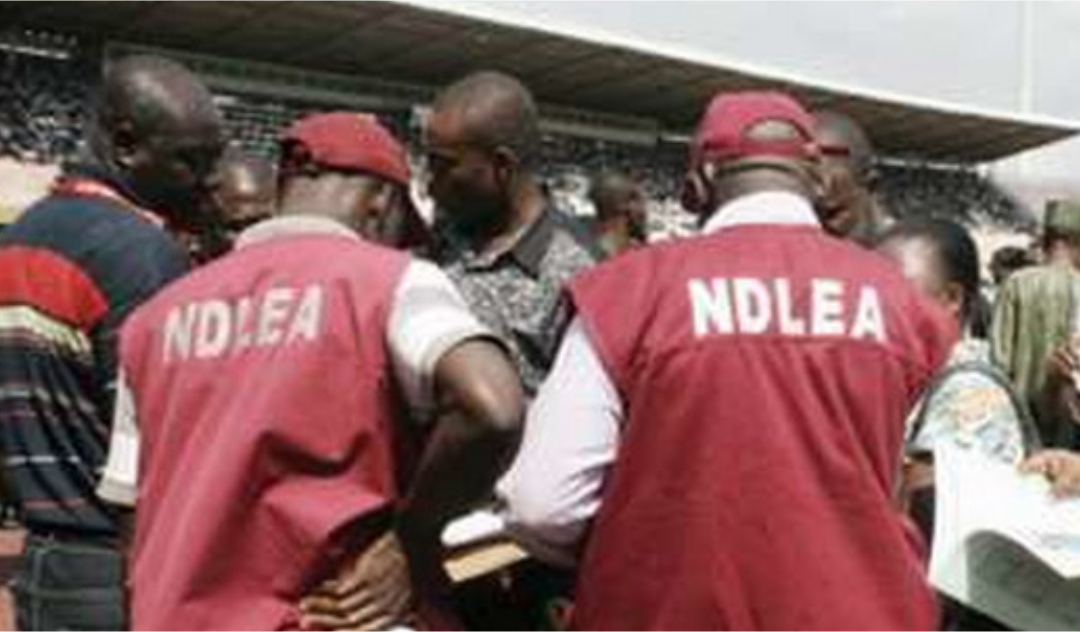 The National Drug Law Enforcement Agency (NDLEA) has intercepted large drug consignments and arrested some suspects in several seizures made in Lagos and Abuja airports.

Spokesperson for NDLEA, Femi Babafemi, said this in a statement on Sunday in Abuja.

Mr Babafemi said that several attempts by agents of drug cartels to break through the security at Nigeria’s main airports in Lagos and Abuja with large consignments of various illicit substances were thwarted by NDLEA operatives.

He said the first on the list of those arrested for seizures at the two airports is Ofor Chileobi.

“Chileobi had on Friday, May 20, attempted to export to Dubai, UAE, 200 blocks of cannabis Sativa weighing 30.20kg concealed in 40 sacks of bitter leaf,” he said.

Mr Babafemi said that on the same day, ten cartons of khat with a gross weight of 354.600kg were seized at the Nigerian Aviation Handling Company (NAHCO) import shed of the airport.

“The following day, Saturday May 21, a freight agent, Roland Orinami, was arrested by NDLEA operatives attached to the local wing of the Lagos airport.

“He was arrested with 1.90kg Loud, a variant of cannabis, factory packed in some bottles while trying to send the same via a flight to Abuja.

Mr Babafemi said that another freight agent, Moshood Olaide, was arrested at the NAHCO export shed of the MMIA when he presented a cargo containing psychotropic substances heading to Dubai on May 24.

He also said that the seized drugs included Tramadol 225mg, Rohypnol and MDMA, adding that a follow-up operation led to the arrest of another suspect linked to the crime, Olagboye Selim, on May 27.

“Also, on the same day, operatives of the Nigerian Customs Service (NCS) at NAHCO imported 15 cartons of khat leaf.”

“The previous day, Monday, May 23, another freight agent, Lasebikan Gbenga, was arrested with 200 bottles of pentazocine injection, with a brand name “Drutapent” weighing 1.05kg. The consignment was heading to the United States of America, ” he said.

In the same vein, Mr Babafemi said that another agent, Akuta Lucy, was on May 26 arrested at the SAHCO export shed while attempting to export 14.75kg of khat concealed inside other vegetable leaves and food condiments.

“At the Nnamdi Azikiwe International Airport, Abuja, a 45-year-old Ezika Nicholas from Ichida, Anocha area of Anambra State, was arrested on Thursday, May 26, for ingesting 60 pellets of cocaine.

Mr Babafemi reported the chairman, NDLEA,  Buba Marwa, as commending the officers and men of MMIA and NAIA Commands of the agency for sustaining the heat on drug cartels.