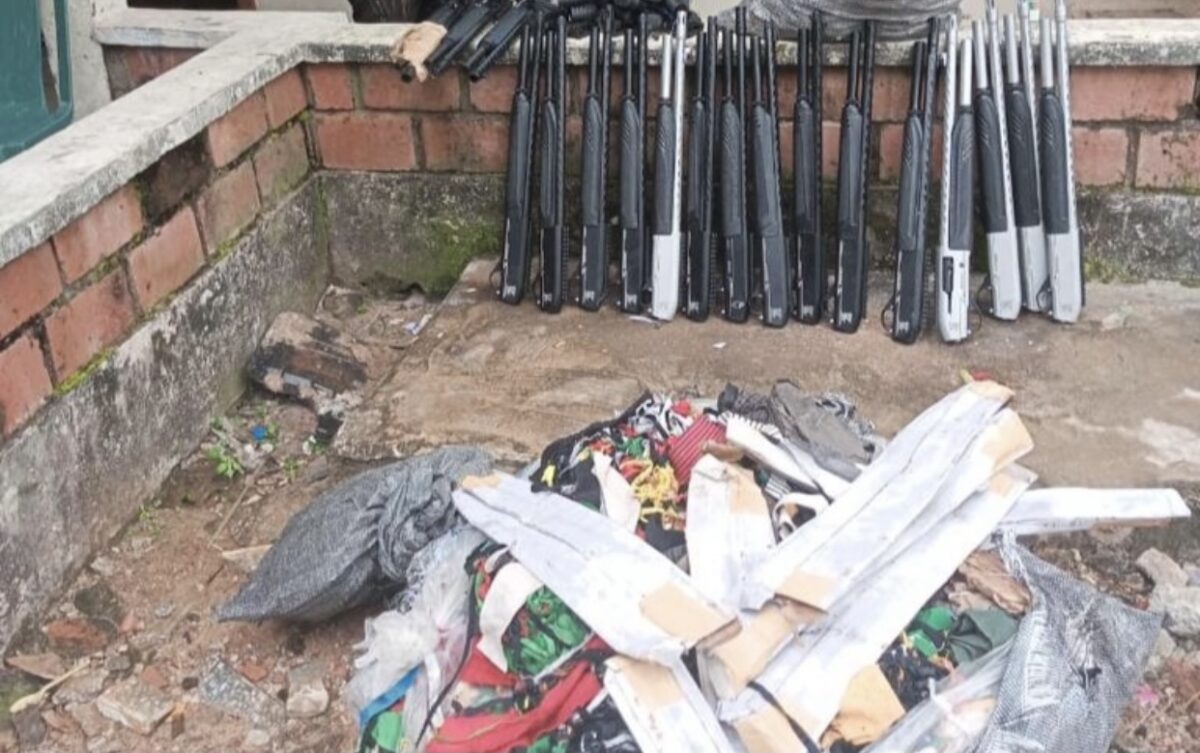 A vehicle conveying 18 pieces of pump action rifles and 1,300 cartridges was on Saturday impounded by operatives of the National Drug Law Enforcement Agency in Kogi.

Femi Babafemi, NDLEA spokesman, said the vehicle took off from Onitsha in Anambra and was heading to Zaria in Kaduna State when it was intercepted on the Okene-Abuja highway.

In a related development, a man, Anthony Agada, 37, conveying 1,000 ammunition cartridges to Abuja from Onitsha, was nabbed in a bus also on Saturday.

Meanwhile, 1,404 bottles of codeine syrup and 2,040 ampoules of pentazocine injection were seized from another vehicle which also took off from Onitsha and was heading to Sokoto.

Mr Babafemi added that the arranged receiver of the drugs, Stanley Raymond, 39, was arrested in Sokoto, while the sender, Shadrack Ifediora, 46, was simultaneously arrested in Onitsha.

“On Thursday Sept. 15, operatives also arrested Mary Ugwu and Hawwa Idi, at Anchau town in Kubau Local Government Area of Kaduna State with 721 ampoules of pentazocine injection; 37,000 tablets of Exol-5 and nine ampoules of diazepam injection as well as 6.8kg of rubber solution.

“In Lagos, 972.5kg of Indian hemp was recovered from an electronics shop at Alaba Market and one of the suspects, Mrs Ebere Aja, 38, was arrested.

“Not less than 335.1kg of Indian hemp was also seized in a raid at Kwanar Kundum area of Bauchi town, where two suspects, Usman Garba and Najib Ibrahim, were arrested,’’ Mr Babafemi stated further.

Mr Babafemi quoted NDLEA Chairman, retired Brigadier-General Buba Marwa as directing that the arms and ammunition impounded in Kogi be handed over to the police for further investigation.