The new military intelligence chief said so much has been achieved by the Armed Forces of Nigeria in dealing with security issues. 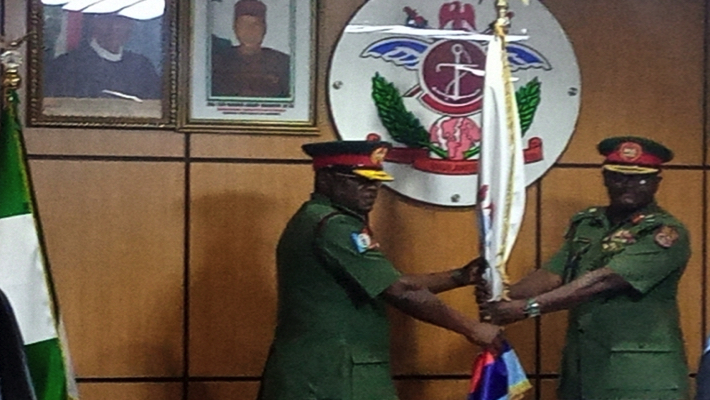 The former CDI, Air Vice Marshal Muhammed Usman, had on February 8, handed over the leadership of the agency to his Deputy, Maj.-Gen. Gbolahan Oyefesobi, following his retirement from service.

Mr. Oyefesobi, however, handed over to the new CDI on Friday at the agency’s headquarters.

Mr. Adebayo promised to sustain and build on the achievements of the agency under his predecessor.

He was a former director at the agency and the Chief of Military Intelligence for the Nigerian Army before his current appointment.

He expressed confidence that the agency would achieve its desired goals under his leadership.

The new DIA chief said so much has been achieved by the Armed Forces of Nigeria in dealing with security issues.

“Security agencies are also doing their best but much more still needs to be done,” Mr. Adebayo said. “In particular, the DIA has continued to raise the bar in the intelligence state craft and considering the achievements of the former CDI, I know that the task ahead is daunting but clearly achievable.”

“I want to see a DIA with cutting edge capacity to deliver its mandate to the Nigerian people,” he added.

Mr. Adebayo said his administration would prioritise the core intelligence efforts of the agency in support of the ongoing operations and other national engagements.

He also promised to enhance the technical intelligence capacity of DIA through administration of more advanced intelligence enablers and upgrading the existing ones.

The new CDI also pledged to ensure human capacity development with specific interest on specialisation of staff for optimal output as well as enhancing the specialist centres of the agency to meet their full capacity.

He, however, urged the staff to be dedicated, adding that together they would achieve more for the nation.