Newly elected chairmen, councillors get certificates of return in Niger

NSIEC had, on November 10, conducted the local government polls. 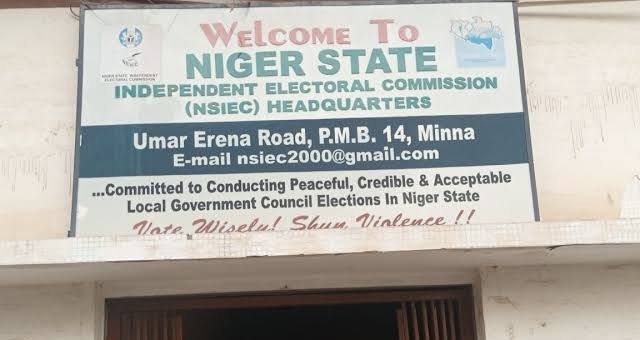 The Niger State Independent Electoral Commission (NSIEC) has presented certificates of return to 24 local government area chairmen and their councillors.

Presenting the certificates on Wednesday in Minna, the commission’s chairman, Baba Aminu, said the presentation of certificates marked the starting point of their mandate and fulfilment of the pledges they made to their constituents.

NSIEC had, on November 10, conducted the local government polls.

“As you accept the affixed honourable name to your individual names, I urge you to live by that.

“Be honourable in your conduct, in your character and dealings with your constituents, and above all be honourable to your conscience,” he said.

The NSIEC chairman reminded the newly elected public officers that the finances of their local government were for socio-economic development and not funds to change their personal lives.

He urged them to be close to their constituents and not be diaspora chairmen who live in the urban areas and only visit when monies were to be disbursed.

Mr Aminu also charged them to be God fearing as they had only been given an opportunity to serve their people and not to be lords over them.

He noted that their positive performance at the grassroots would help strengthen democracy, while poor performance would lead to more apathy against democracy and disrupt the democratic process.

He commended Governor Abubakar Sani-Bello for remaining a true democrat by giving the commission a free hand to conduct free, fair, credible, and acceptable polls.

Responding, Danladi Iya, chairman-elect of Tafa LGA, said they would ensure the people enjoyed the dividends of democracy because they gave them the mandate.

Yusuf Wali, who returned as the chairman of Gurara LGA, said he would consolidate on his achievements and also focus more on grassroots development.

Similarly, Iliyasu Zakari, chairman-elect for Agwara LGA, said his people should expect more dividends of democracy as he planned to explore the agricultural potential of the area to improve its internally generated revenue.

However, the Certificate Of Return for Katcha LGA, was withheld by the commission.