“We will work closely with the state FAs to enhance the principle of sports and fitness in our schools, finding the best talents.” 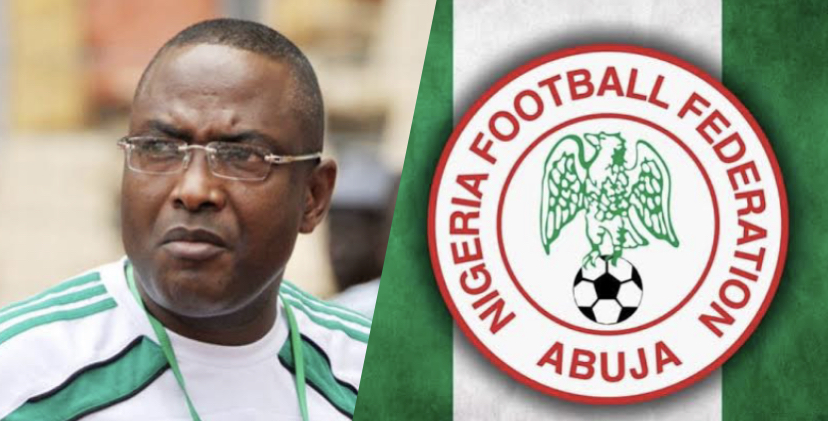 Musa Amadu, a presidential aspirant in the upcoming Nigeria Football Federation (NFF) elective congress, has called for the need to get it right in the country’s football administration.

MrAmadu said this during his official declaration to run for NFF president in the federation’s forthcoming elective congress.

The NFF congress adopted September 30 for its 2022 elective congress in Benin City at the end of its 77th General Assembly held in Lagos on Thursday.

Mr Amadu, a former NFF general secretary, said, “My aim is to ensure that the 22 points are well harnessed to build a complete and totally unique Nigerian football culture where everyone associated with the game is a stakeholder. We want to build an image of Nigerian football that will make the Nigerian person walk tall in the street anywhere in the world.”

The former NFF general secretary also said part of his plans was to develop the game at the grassroots. He promised to work closely with the state football associations to unearth the best talents in the game and give them a future.

“We will work closely with the state FAs to enhance the principle of sports and fitness in our schools, finding the best talents not only on the playing field but also in all other areas of football management and operations,” Mr Amadu promised.

He lamented that while Nigeria was blessed with almost 1,000 footballers playing in Europe’s top leagues, it has only won three Africa Cup of Nations (AFCON) trophies.

The former NFF general secretary said it was time to bring back the glory days of Nigerian football and that he would not relent until he achieved that.