The clergyman challenged President Muhammadu Buhari to devote the remaining period of his administration to changing the narrative. 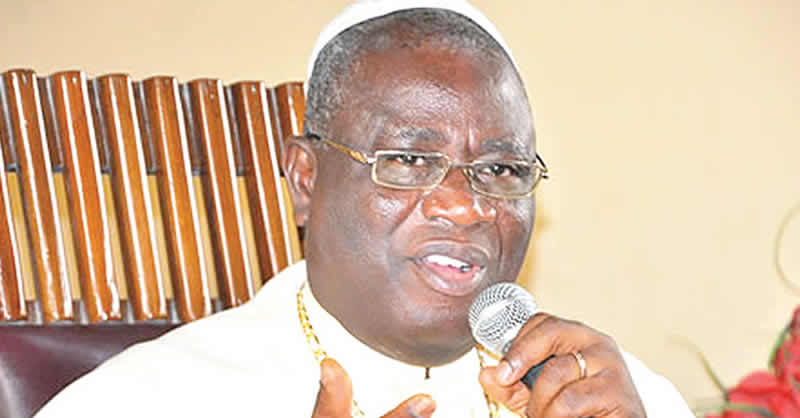 The prelate of the Methodist Church Nigeria, Samuel Uche, has expressed hope that Nigeria could be transformed if the political leaders would abhor corruption and embrace justice and righteousness.

“Nigeria’s situation is not irredeemable,” Mr Uche said during an interactive session with journalists in Umuahia.

“I would not say that Nigeria is a failed state, but we may fail if we do not work hard.”

He challenged President Muhammadu Buhari to devote the remaining period of his administration to changing the narrative.

Mr Uche also spoke on the spate of insecurity in the country and charged the federal government to muster the political will to deal with the situation.

The cleric expressed concern that relevant security chiefs in the country had not done well enough to arrest the phenomenon.

He described the development as unacceptable, saying that it portended greater danger for the country.

Also, he urged Nigerians to vote for reputable and trustworthy candidates rather than political parties in the 2023 general elections.

Mr Uche urged political office seekers to embark on issue-based campaigns rather than mudslinging and character assassination against their opponents.

He expressed confidence in the ability of Mahmood Yakubu-led INEC to conduct credible, free and fair general elections.

The cleric further said that the Electoral Act, which permits electronic voting and transmission of election results, had helped to eradicate rigging.

He said the outcome of the recent Osun governorship election had reinforced the hope of Nigerians in the impartiality of the electoral umpire.