To prevent this hazard, the builders institute president wants developers to leave the business of construction to professionals. 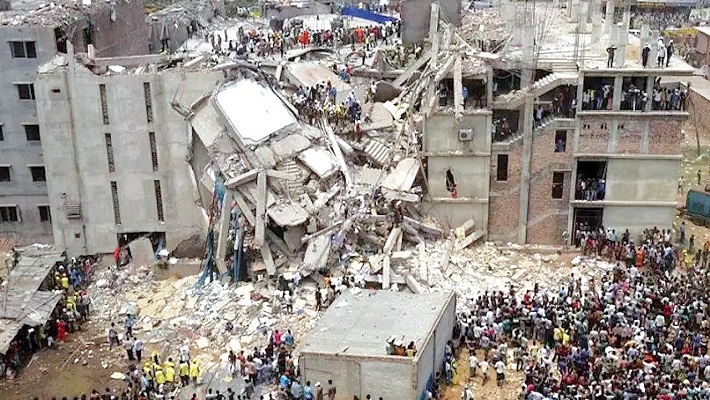 The Nigerian Institute of Building (NIOB) has predicted more building collapses in the country due to the ‘greed’ of developers.

NIOB president Kunle Awobodu said the rising cases of building falls in many parts of Nigeria could be directly linked to the use of substandard materials by some property owners and developers.

Mr. Awobodu said that in Lagos a large number of residential buildings were built by developers without professional input.

“In Lagos, majority of the residential buildings were handled by developers without input of professionals that can be held responsible and also have integrity to protect”, Mr. Awobodu said at a survey held in Lagos to emphasise the need for quality construction on Monday.

The Nigerian Building and Road Research Institute says 199 people died in four collapsed buildings between 2014 and 2016.

The NBRRI report also noted that some of the worst cases recorded were those of the Synagogue Church on September 12, 2014, where 115 people lost their lives and several injured, and the Lekki Garden construction on March 18, 2016, which left 35 dead and several injured.

This includes the collapse of a three-story building housing a school at the Ita Faji area of Lagos Island, on March 13, which killed about 20 people, mostly children and 43 injured.

While reliable data is scarce on official statistics of building collapse in the country this year, dozens of buildings were reported to have caved in nationwide.

In addressing this hazard, Mr. Awobodu wants developers to leave the business of construction to professionals.

“The major objective of developers is to make profit. We need to separate the job of developers from construction. As a developer, you can invest your money but not to supervise construction. There should be a construction team led by a builder who is going to think more of quality, integrity rather than compromise simply because of profit”, he reasoned.

“When your materials and method of construction are at conflict, the issue of building collapse is inevitable,” Mr. Awobodu said.