The leadership change came as the WTO is in its deepest crisis since it was founded in 1995. 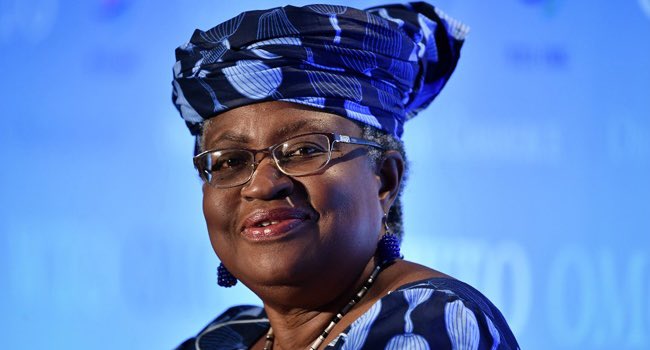 The World Trade Organization is set to get its first leader from an African nation on Monday (today).

Senior Nigerian economist, Ngozi Okonjo-Iweala (also the first woman to assume the post), is the only remaining candidate for the troubled organisation in Geneva.

Her appointment as director general at a meeting of envoys from the 164 WTO member countries is considered a mere formality.

The Nigerian prevailed over other candidates in the months-long WTO leadership race, including South Korean Trade Minister, Yoo Myung Hee, her main rival.

Mrs. Okonjo-Iweala will succeed Brazilian Roberto Azevedo, who left the WTO before the end of his term in August, to join the US beverage giant, Pepsico, as an executive.

The leadership change came as the WTO is in its deepest crisis since it was founded in 1995.

The WTO is no longer able to settle trade disputes between countries as the US blocked appeals judges’ appointment.

The Trump administration sought reforms of the WTO, without clearly spelling out its demands.

Also, free trade talks have been stalled for years, and the WTO now also faces a global economic crisis.