As part of activities to mark the 2022 Democracy Day, Guards Brigade Nigerian Army on Monday led the Nigerian Armed Forces and Nigeria Police in a special parade. 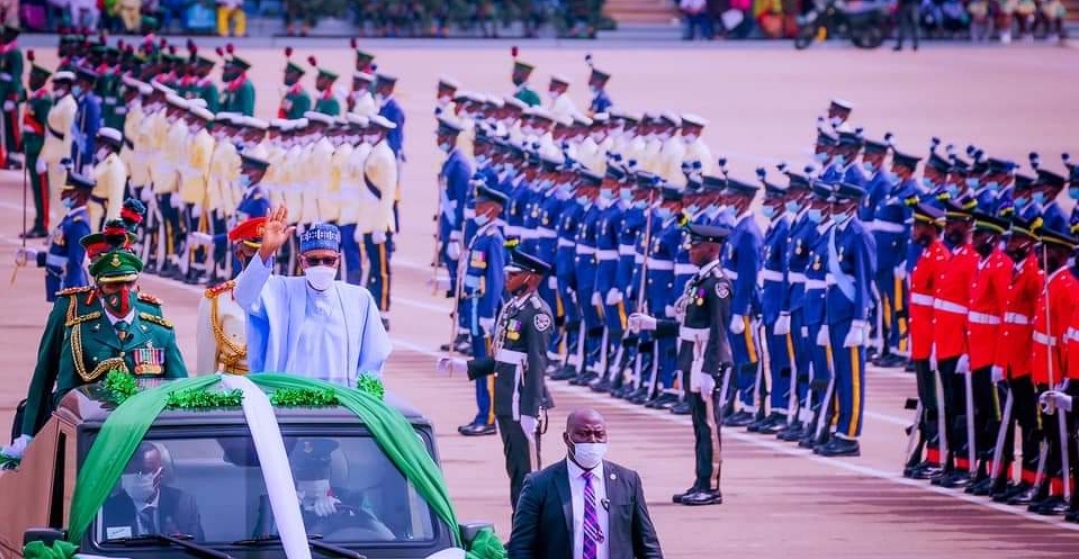 As part of activities to mark the 2022 Democracy Day, Guards Brigade Nigerian Army on Monday led the Nigerian Armed Forces and Nigeria Police in a special parade.

This is contained in a statement by Godfrey Abakpa, assistant director of army public relations for Guards Brigade in Abuja.

Mr Abakpa said the special parade featured a march-past by members of the armed forces and the police in slow and quick time.

According to him, the Adilla Cultural troupe, which presented the cultural heritage of the various geopolitical zones and the Nigerian Army women corps, were also on the ground to entertain guests with special combat and cultural display.

The high point of the national celebration was the signing of the democracy anniversary register and the three hearty cheers offered by the armed forces and the police on parade, said the army statement.

The hearty cheers were to the commander-in-chief of the armed forces, President Muhammadu Buhari, who was the reviewing officer and the special guest of honour and group photograph.

“Others are members of the federal executive council, the chief of defence staff, service chiefs, the diplomatic community and the civil society.

“The commander, Guards of Brigade, Brig.-Gen. Muhammed Usman and Ambassador Babagana Kingibe among others, were in attendance,” added the statement.