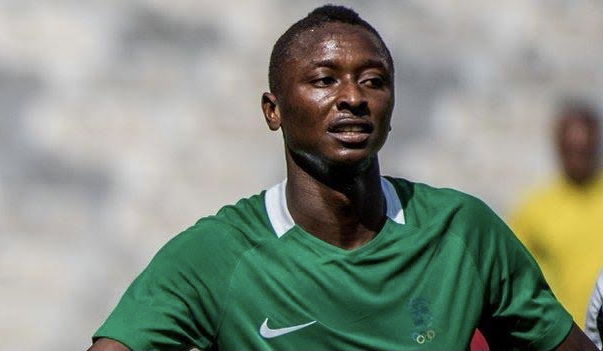 Super Eagles and Real Sociedad striker Umar Sadiq has injured his anterior cruciate ligament, according to reports from his club.

The Spanish club confirmed this on Monday after the striker had to be taken off the field during a La Liga clash against Getafe.

Sadiq, who joined Sociedad for a club record €25 million last month, walked off the pitch himself after landing awkwardly following a dribble by an opposing player.

Initial reports suggested it was a minor injury but Monday morning scans show that the striker would need surgery.

A statement released on social media by the club says “Sadiq has been diagnosed with a rupture of the anterior cruciate ligament. The player will undergo surgical treatment.”