In February, the Central Bank of Nigeria ordered banks to shut down customers’ accounts used for transacting cryptocurrencies. 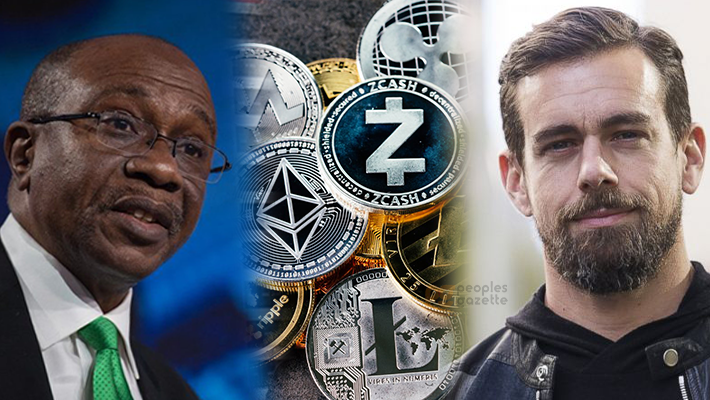 Twitter founder Jack Dorsey has tipped Nigerians to lead Bitcoin, one of the largest cryptocurrency in the world.

Mr Dorsey made this statement on Sunday in response to an open letter to President Muhammadu Buhari by Russell Okung published by Bitcoin magazine.

“The hope of Nigeria lies within this generation. I am proudly a Nigerian descendant living in America and am a proponent of Bitcoin,” Mr Okung wrote in his open letter. “I write to urge the Nigerian government to pursue economic independence and financial sovereignty by pursuing a national Bitcoin standard. Soon every nation will be faced with this decision, but those who seize the present moment proactively as we have just witnessed in El Salvador, will enjoy significant advantages globally for generations to come.”

In February, Mr Dorsey and American rapper Jay-Z gave 500 BTC as endowment to fund #Bitcoin development in Africa and India.

Citing a Central Bank circular in February, Peoples Gazette reported how the Nigerian bankers regulator ordered banks, non-bank financial institutions and other financial institutions to “identify persons and/or entities transacting in or operating cryptocurrency exchanges within their systems and ensure that such accounts are closed immediately.”

Before the ban, Nigeria ranked world’s second-largest Bitcoin by trading volume, according to crypto marketplace Paxful. Also, Nigerians are reported to have traded 60,215 Bitcoins, or more than $566 million in the last five years.

The Central Bank has however announced that it would launch its own digital currency by the end of 2021.