The teams from Ghana and Republic of Benin also joined Nigerian athletes at the trials held at the Samuel Ogbemudia Stadium in Benin. 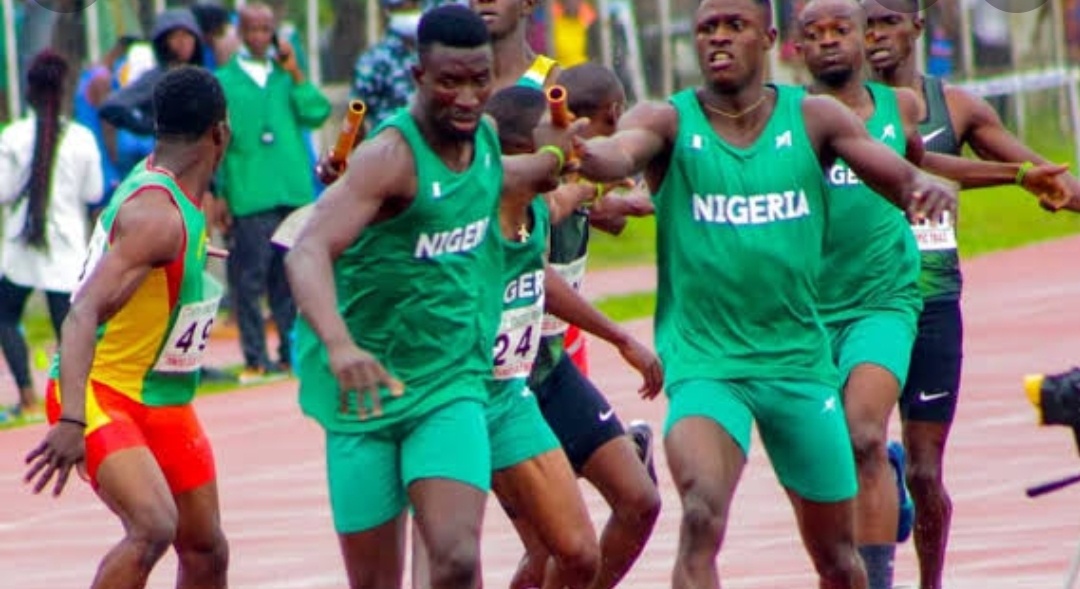 Team Nigeria on Friday qualified for the men’s 4×100 metres relay event of the forthcoming World Athletics Championships in Oregon, U.S.

The quartet of Favour Ashe, Godson Brume, Alaba Akintola and Udodi Onwuzurike, who is a reigning World Under-20 champion, ran a new time of 38.34 seconds.

The team booked the ticket for Nigeria at the ongoing trials in Benin, Edo for both the World Athletics Championships and the 2022 Commonwealth Games slated for Birmingham.

The teams from Ghana and Republic of Benin also joined Nigerian athletes at the trials held at the Samuel Ogbemudia Stadium in Benin.

With the new time, Team Nigeria moved in the rankings above South Africa which was previously holding the best time with 38.51 seconds before the race in Benin.

South Africa’s under-20 team set the record at the World Athletics Championships in Nairobi, Kenya in 2021.

Nigeria now stand a chance of winning a medal in the category 25 years after the effort of the team of Osmond Ezinwa, Olapade Adeniken, Francis Obikwelu and Davidson Ezinwa.

The team had ran 37.94 seconds at the semi-finals in Athens, Greece.

The team, however, had settled for a silver medal after finishing 38.04 seconds in the final behind the Donovan Bailey-inspired Canada.

The North Americans ran a world leading 37.86 seconds to win the gold medal at the tourney.