Mr Blinken emphasised that the Buhari regime and states governments must ensure that those involved in the shooting are prosecuted and human rights abuses are addressed. 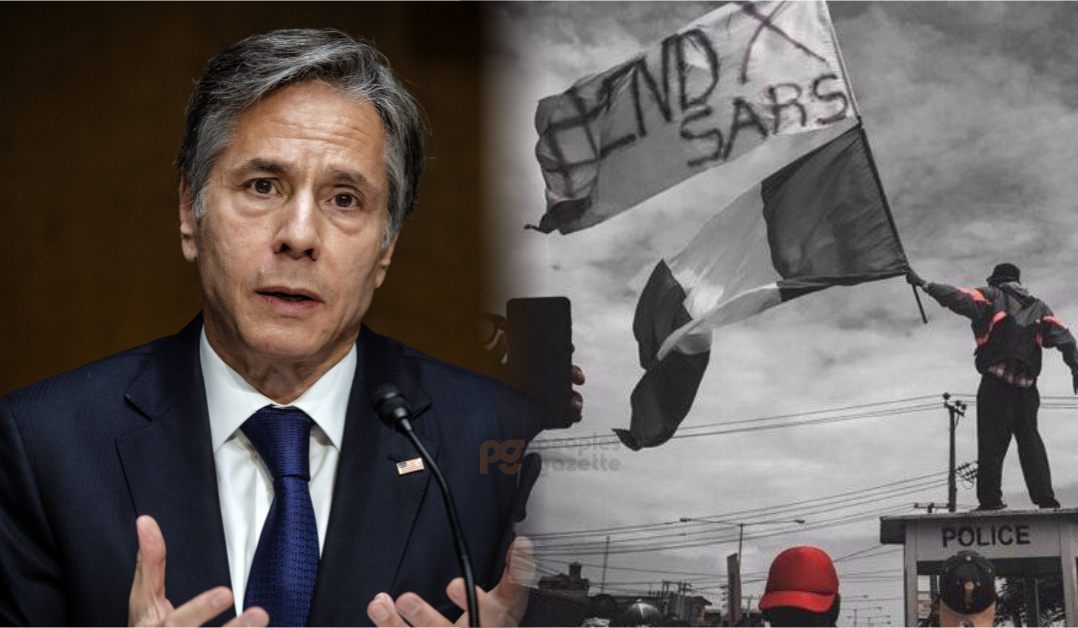 The United States will mete out sanctions, or otherwise, on Nigeria based on the actions that the President Muhammadu Buhari’s regime will take on the reports of judicial panels of inquiry on human rights abuses espoused by the #EndSARS protest.

This position was relayed by U.S. Secretary of State Antony Blinken during an interview with CNN. Mr Blinken said he awaited the necessary steps by the Lagos State government upon the conclusion of the white paper report set up by Governor Babajide Sanwo-Olu.

“But a couple of things are really important. As I said, the report itself, done by the state government, but then once it’s out, for there to actually be action on the basis of the report, action as necessary by the states, action by the Federal Government, and action in the sense of two things,” Mr Blinken said.

Mr Blinken said the U.S. will “look in any instance” to check for credible allegations that proves that its laws on human rights have been breached and then will “apply the law.”

After months of hearing testimonies of witnesses, lawyers, experts, among others, the panel submitted its report on the shooting of protesters at the Lekki Toll-Gate, to the Lagos State government last Monday.

In its report, the panel described the incident as a massacre and established that the Nigerian military shot live bullets and killed several protesters, as well as taking corpses away in their vans.

Mr Sanwo-Olu subsequently set up a four-member committee to raise a white paper on the reports submitted by the panel.

Nonetheless, Mr Blinken emphasised that the Buhari regime and states government must ensure that those involved in the shooting must be prosecuted and human rights abuses are addressed.

“First, making sure that based on what is documented to have happened, it won’t happen again – so there may be reforms that are necessary – and building or rebuilding trust between the citizens and the security services, between citizens and the state. That is an obligation of both the state government and the Federal Government.

“Second is accountability. If there are individuals that it emerges from this report who are responsible for committing abuses, there has to be accountability in terms of those individuals. That too is vital to rebuilding trust between citizens and the state and the security services,” he said.

He further noted that the U.S. may be forced to stop the sales of security equipment to Nigeria if there is still a flagrant disregard for human rights.

“And, of course, we also have laws in place – the Leahy laws, for example – that make sure that if there are units that have committed abuses, we’re not going to provide equipment to those units.”