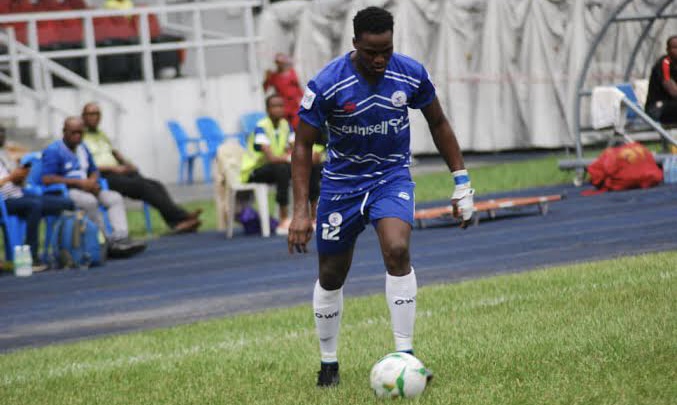 The 21-year-old was a crucial figure in Rivers United’s title win, scoring 14 goals and making three assists, and has now signed a three-year deal with the Slovenian club.

In an official statement on the club’s website, sporting director Marko Suler said, “We had to react. To expand the staff we also needed a new solution in the wing positions. I’m glad we got the deal done; Ishaq is here as a player for the present and the future.

“He comes with good recommendations, as a Nigerian champion. Last season he scored 14 goals; if he played all the matches until the end, he could also become the championship’s top scorer.

“He is a player with penetration, speed, as well as rarely seen physical strength. It can mean an appropriate choice for the purpose of realising our competitive goals, and also for a further step forward from Maribor, as the players from Nigeria often prove as a breeding ground for talent.”

Upon the announcement, Rafiu spoke to the club’s media team and said, “I am very happy that we agreed and that I signed the contract.

“After playing in the top tier of the competition in Nigeria and after winning the championship, I had quite a few offers from clubs from Europe; I decided to move to Maribor because I believe that the best Slovenian club is currently the most suitable choice for me as the next step on the development path.

“As a multiple national champion and a long-term participant in European competitions, Maribor makes it possible for a football player to do what he wants.

“I am looking forward to a new challenge in my career, I want to contribute my share on the field, and I can’t wait to meet my teammates and the professional staff and join the training sessions.

“I got a lot of information about the club, also heard about the great support of the fans. I believe that together we will bring them many reasons to be satisfied, with new victories and winning trophies,” Rafiu added.

NK Maribor plays in the PrvaLiga, the top tier of football in Slovenia.