NLC affiliates unhappy with decision to call off strikes

The unions meet tonight to go over the resolutions reached by government and labour leaders Sunday night. 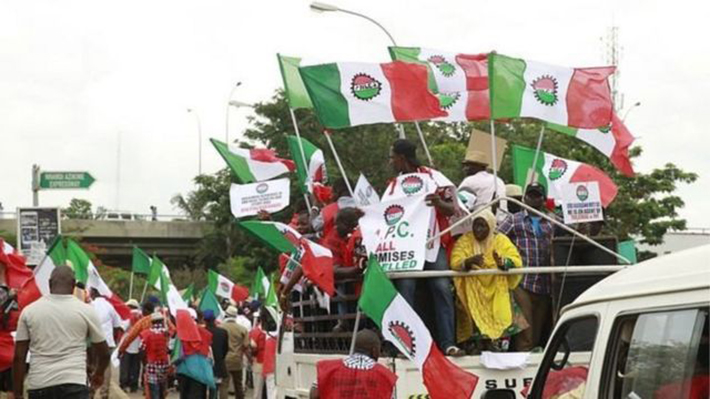 Some of NLC’s affiliated unions, whose leaders are members of the NLC central working committee, are unhappy with the decision to call off the strike that was scheduled to begin on Monday.

The NLC central working committee is composed of its national executives alongside senior executives of the 42 unions who are associated with NLC.

The committee will meet on Monday evening to go over the resolutions reached by government and labour leaders on Sunday night.

Mohammed Usman, President of the Parliamentary Staff Association of Nigeria, told Peoples Gazette, “In as much as the NLC works as a team, [our association was] looking forward to the strike. We had all [our] staff mobilised at state and federal levels.”

Other NLC affiliates had told Peoples Gazette on Saturday that they were prepared to participate in the strike. The Nigeria Civil Service Union said it was committed to the plan “from top to bottom”. Professional bodies, market leaders and civil society groups had also mobilised for the labour action.

After lengthy talks with the federal government on Sunday, both bodies agreed to suspend the planned strike while talks continue for two weeks.

At the meeting, it was also agreed that power distribution companies would suspend a recent tariff hike. Other agreements include tax cuts for workers on the minimum wage and the rehabilitation of the country’s ailing refineries.