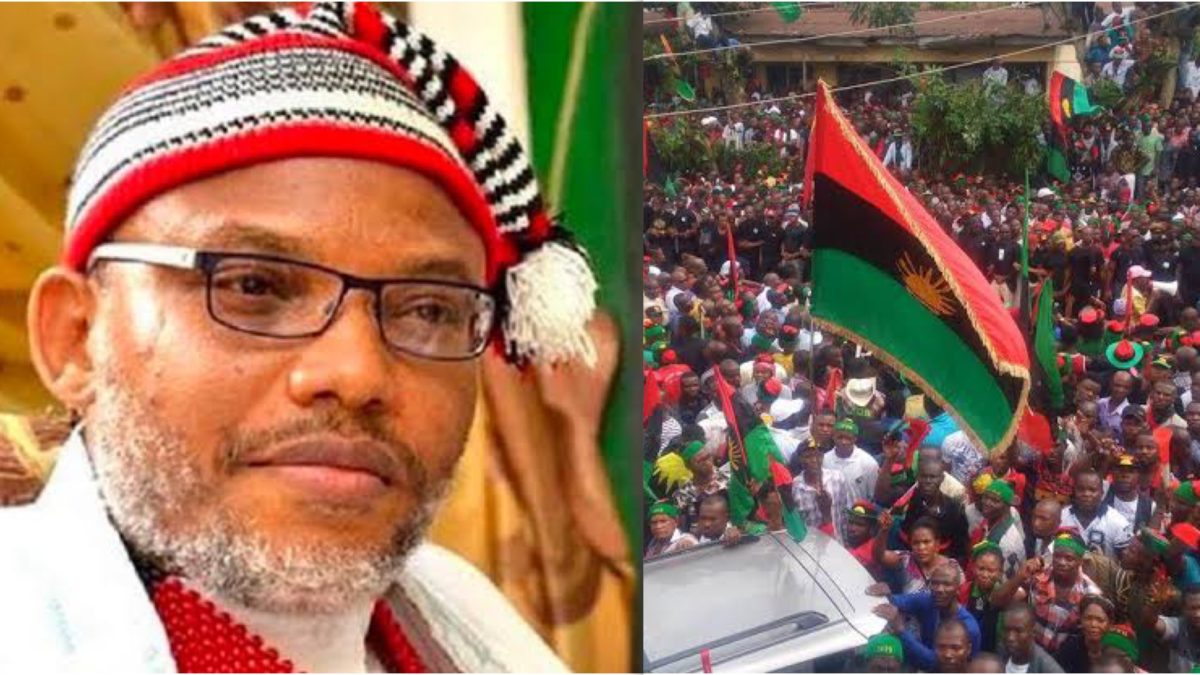 Nnamdi Kanu and IPOB composite used to illustrate the story

Shuaibu Labaran, counsel to the federal government, said Nnamdi Kanu “vehemently” denied being a member of the Indigenous People of Biafra (IPOB).

Briefing Journalists at the Abuja Division of the Federal High Court shortly after the trial, Mr Labaran said that Mr Kanu denied his IPOB membership before the Justice.

Mr Kanu, who was extradited to Nigeria from Kenya in June 2021, is facing charges of treasonable felony, terrorism among others.

The government filed 15 fresh charges of terrorism against the secession agitator on Monday, January 17.

The defendant pleaded not guilty to the 15-count charge before Justice Binta Nyako on Wednesday.

The trial has been adjourned until February 16 for further hearing.

Meanwhile, the Abia State High Court awarded Mr Kanu N1 billion as compensation for the unlawful invasion of his house by military operatives on September 10 2017.

Justice Benson Anya, who gave the ruling on Wednesday, also ordered the federal government to issue an apology letter to Mr Kanu for violating his rights.