Mr Sowore was in court on Tuesday to show solidarity with the IPOB leader, who is facing treasonable felony and terrorism charges. 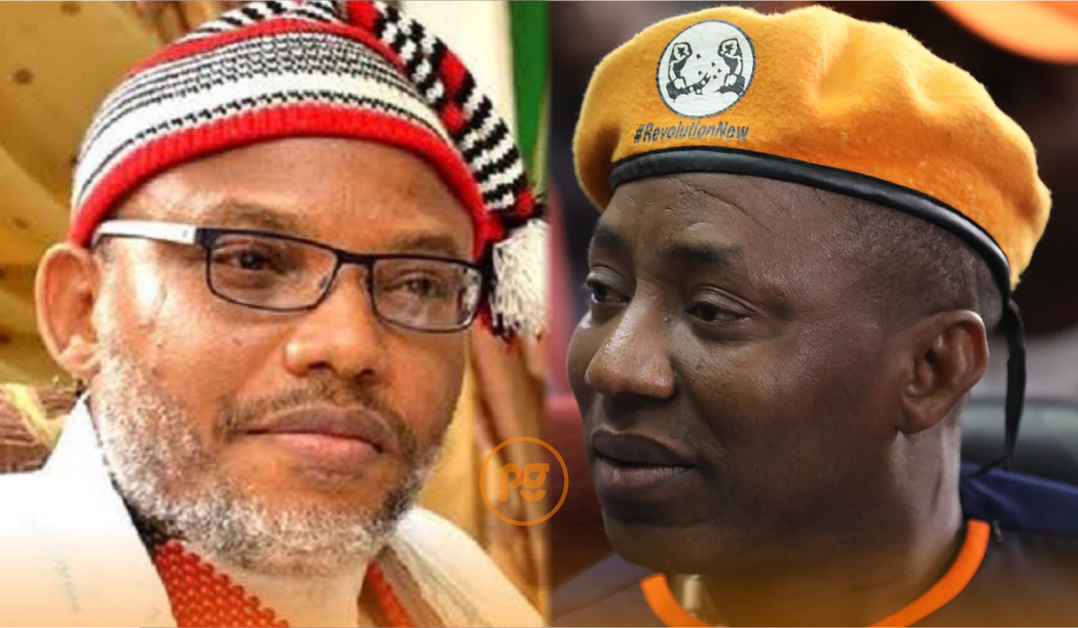 Omoyele Sowore of the African Action Congress (AAC) says that the desire of the leader of the proscribed Indigenous People of Biafra (IPOB), Nnamdi Kanu, who is currently facing charges for terrorism, was for justice to be done to his case.

“I have met Mazi Kanu in person and I understand him well enough to state that what he wants is justice,” Mr Sowore said on Tuesday.

Mr Kanu was arrested in June 2021 in Kenya and renditioned back to Nigeria to face a terrorism charge filed against him by President Muhammadu Buhari’s regime.

Speaking shortly after attending the hearing of Mr Kanu’s case on Tuesday in Abuja, Mr Sowore, who has shown solidarity since he was arrested, condemned the continued “unjust incarceration” of the IPOB leader.

He said the torture being metted on Mr Kanu was part of the reason why the country has not experienced peace and progress under the Buhari-led regime.

“The unjust incarceration, torture, and extraordinary rendition involved in his trial is clearly a reason Nigeria under the Buhari regime may never achieve peace, progress, and prosperity,” the AAC 2023 presidential candidate added.

Mr Kanu is being prosecuted by Mr Buhari’s regime for treasonable felony and terrorism, offences the regime’s lawyers are to argue in court that the IPOB leader committed during his struggle for secession to breakaway from Nigeria and form the Republic of Biafra.

On Tuesday, the appellate court reserved judgment in the appeal filed by Mr Kanu challenging the terrorism charge filed against him by the regime.

Mr Kanu had faulted the order of Justice Binta Nyako of the Abuja Division of the Federal High Court, which said he should respond to seven out of the 15 count terrorism charges against him, and had approached the court to set aside the order.

His lawyer, Mike Ozekhome, SAN, who led the delegation of legal practitioners, had also urged the court to strike out the remaining charges for a lack of credibility.

“Our humble submission is that the remaining seven counts ought not to be retained by the trial court because, before the time Kanu was renditioned to Nigeria from Kenya, he was facing a five-count charge,” Mr Kanu’s lawyer told the court.