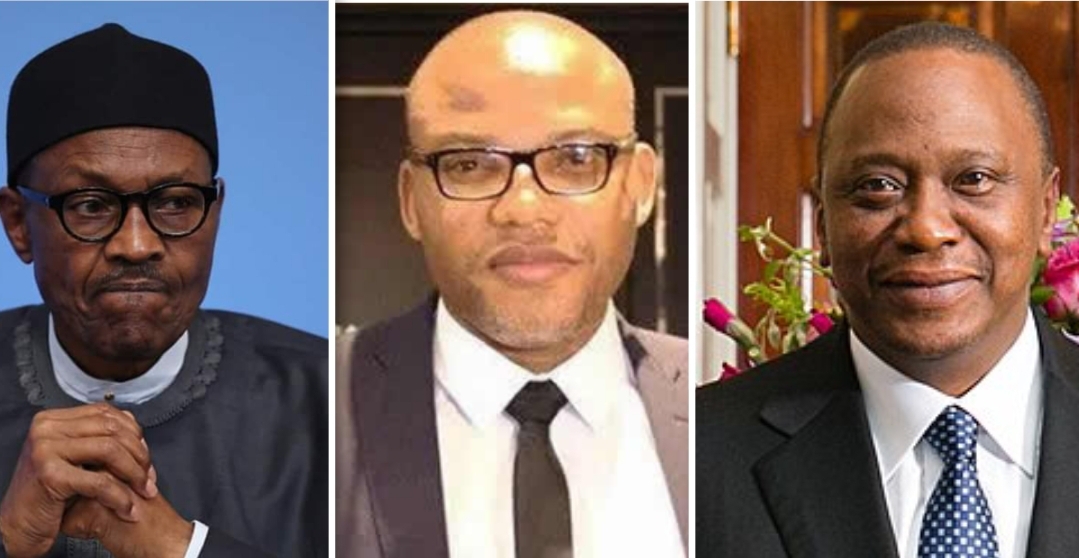 As the arrest of Nnamdi Kanu, the leader of Indigenous People of Biafra (IPOB), continues to stir controversies, evidence has emerged indicating that the Buhari regime “abducted” and repatriated him from Kenya.

Since Mr Kanu’s repatriation in June, the regime has kept mute on the country where he was taken from, even though his family, as well as his attorney, Ifeanyi Ejiofor, accused the regime, in cahoots with Kenyan government, of abducting the separatist leader.

Mr Ejiofor claimed that Kenya’s special police force detained and tortured the separatist leader before he was later handed over to the Nigerian government.

Before Mr Ejiofor’s assertion, the Kenya High Commissioner to Nigeria, Wilfred Machage, had refuted claims that Mr Kanu was arrested in the country, describing it as “deliberately concocted to fuel antagonistic feelings in the minds of certain sections of the Nigerian people against the people of Kenya.”

However, findings by The Guardian, a British outlet indicated that Mr Kanu’s UK passport remains in Kenya.

He was said to have entered the East African country this year with his British passport on a visa expiring in June, the newspaper said.

The revelation appeared to show that Mr Buhari has yet to step away from the crude tactics he used during his days as a military junta in 1984, when a former Nigerian minister Umar Dikko was abducted in London and put in a wooden crate to be shipped to Nigeria.

Also, Kingsley Kanu, a brother to the British-Nigerian citizen, claimed that they spoke over the telephone a few days before his arrest in June.

“I spoke to him on the phone, he was well, in Nairobi. His associates said he went out, he didn’t take his documents with him so he wasn’t planning on going anywhere. Then all of a sudden we see him paraded in handcuffs in Abuja,” the outlet quoted Kingsley Kanu to have said.

“It is an extraordinary rendition, aided by Kenyan authorities,” he said, just as he maintained that “It is an outrage that cannot be allowed to happen. We are holding the Nigerian government and Kenyan government responsible.”

Kingsley further disclosed that the government of UK was in contact with the separatist leader’s legal team as there are worries that he would be abused in detention.

“With regard to any questions about whether the British High Commission is providing assistance in this case, we can confirm that the Foreign, Commonwealth and Development Office stands ready to provide ‘consular’ assistance,” Mr Hurlock had said.

The IPOB leader was arraigned at the Federal High Court, Abuja, where the court ordered that he be remanded until the continuation of his trial set for July 26.

He faces an 11-count charge of treason, treasonable felony, terrorism and illegal possession of firearms, among others.