No reason APC won’t win 2023 elections; Buhari and me are performing: Uzodimma

Uzodimma has boasted there is no reason APC will not win the 2023 elections because he and President Muhammadu Buhari are performing well. 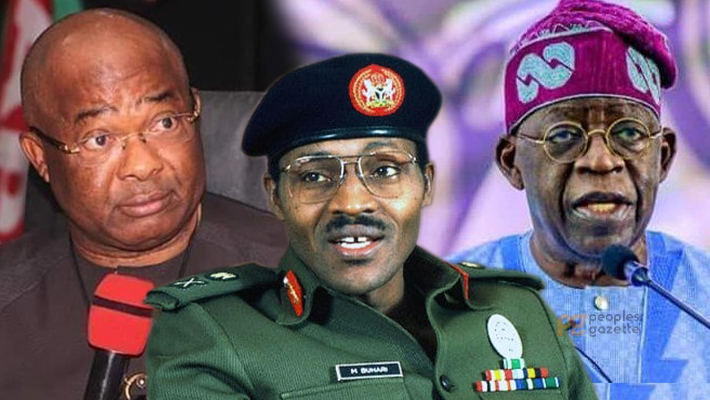 Governor Hope Uzodimma has boasted that there is no reason APC will not win the 2023 elections because he and President Muhammadu Buhari are performing well despite wanton violence across the country, including Imo.

Messrs Uzodimma and Buhari met on Tuesday in Abuja in a “consultative” meeting.

“I came to see the president to consult with him, and I had a very good consultation, and the president received me well. I’m satisfied with the quality of discussion I had with him,’’ he told journalists at the end of the meeting.

“Nobody is telling me that this government is not performing; that salaries are not being paid or that the roads are not being constructed or the railway is not going or the various intervention funds to empower our youths are not being given out.

“Nobody has come in concrete terms to accuse this government of one failure or the other.”

According to him, the continued deterioration of insecurity in the South-East and other parts of the country is not enough reason not to vote in APC in 2023.

Railing against opponents of the APC government, Mr Uzodimma stated, “All we hear is that herdsmen and farmers are fighting, and for that reason, 200 people are kidnapped. People are shot down there. People are killed there. What do you want the government to do? We must be realistic.

“I believe in pragmatism. I believe in doing things right. Can anybody come and tell me one, two, three, four reasons why this APC should not win in the next election? Nobody has said that. I’ve not read either in any newspaper.

“All I hear is that ‘because of insecurity this, insecurity that.’ But you send people out in the night to go and cause trouble and use it in the day to blame the government.”

The governor also frowned at former political officeholders, deliberately failed to speak out against unknown gunmen and arsonists, saying, “they have questions to answer.’’

“I am saying, and I want to say it again, that cases of insecurity here and there in the country have not been helped by the posture of the opposition party and some aggrieved politicians,” said the governor.

He added, “Part of the problem of this government is the deliberate attempt by some group of people to pull down the government.”