“Benue State has had an anti-grazing law for some years. Northern Governors are already walking the talk,” Mr Lalong said. 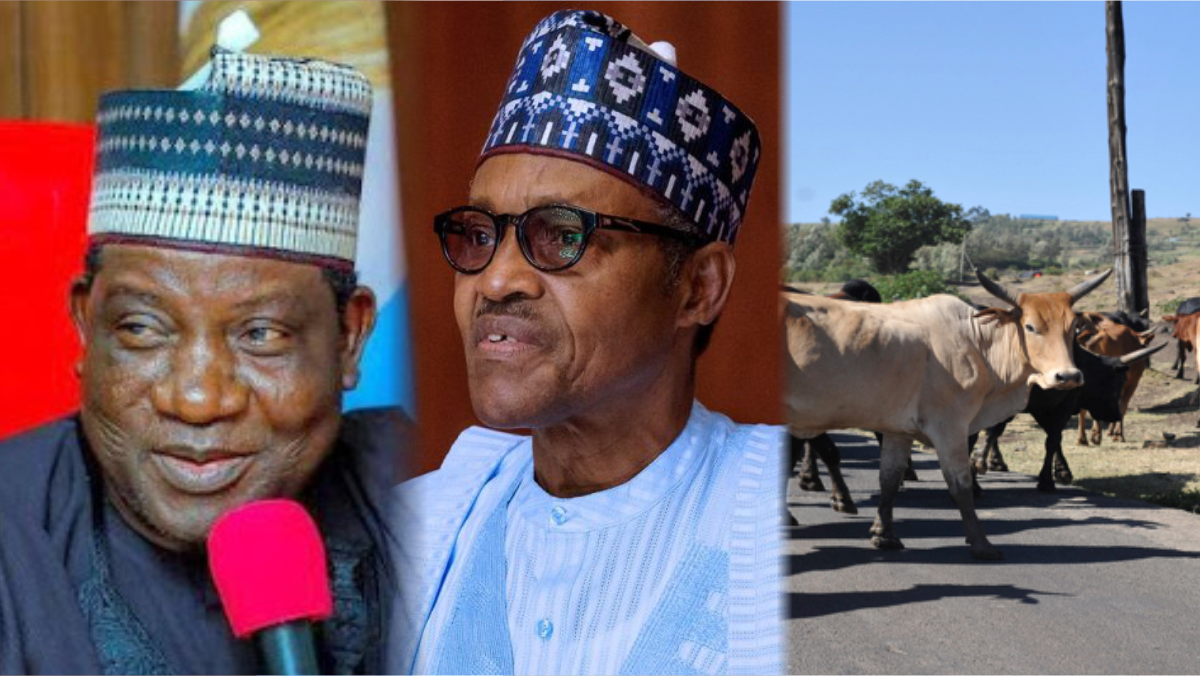 The northern region has commenced the process of ending open grazing and turning cattle rearing into a purely economic venture for the benefit of herders and the region’s economy.

He noted that governors in the region had since February 2021 agreed that open grazing is unsustainable and initiated measures to end it.

Governors in the southern states met in Asaba penultimate week to pronounce a region-wide ban on nomadic pastoralism following ceaseless incidents of criminalities traced to the herdsmen invading farms and forests in the South.

The declaration generated criticisms from the Nigerian presidency which questions the legality of the ban.

Mr Lalong however stressed that the Forum has been at the forefront of pushing for solutions to open grazing and was aggressively sensitising herdsmen to adapt new methods of herding by ranching or other acceptable modern methods.

“Let me emphasise that we have no intention of politicising this matter.

“Our interest is to transform it into a purely economic activity and also end the negative aspects of the current practice without creating new problems.

“We as Northern Governors therefore adopted the National Livestock Transformation Programme (NLTP) and called on the Federal Government to release funds to willing states to start.

“In fact, some States have begun processes to end open grazing in their States.

“Kaduna has a ranch with DANO milk as a pilot; Plateau has sent a Bill on ranching to the State Assembly. Zamfara, Kano, Taraba, Niger, Nasarawa have started ranch constructions.

“Benue State has had an anti-grazing law for some years. Northern Governors are already walking the talk,” Mr Lalong added.

On unemployment, the Forum chairman said governors in the region have focused on creating more economic opportunities for the youths.

This, he said, was “to ensure that they are not

idle and vulnerable to abuse and misuse by criminal groups and misguided politicians.”

“In particular, we are very much interested in encouraging technical and vocational education that will give our people skills to solve everyday challenges.

“And expand our processing and production capacities in agriculture which remains the mainstay of the region’s economy.

“The days of paper qualifications are over and if we are to build economic prosperity in the era of COVID-19, then we must encourage our youths to become entrepreneurs and employment creators rather than job seekers.

“I am happy to note that in this direction, many of the states have put in place various strategies to try to ameliorate the sufferings of the general populace in order to improve the battered economies and to create an enabling environment to stimulate economic recovery.

“Such efforts must be sustained and institutionalized so as to avoid political interferences that tend to destroy good programmes particularly when there is a change of power,” he said.

Mr Lalong expressed concern over the high poverty level in the North, poor school enrollment, drug addictions among the youth, religious intolerance, insurgency, banditry, farmer/herder clashes, kidnappings, and a host of others.

“We need to work together and act fast to save our people from the difficult situation that they currently face,” he  stressed.