“Significant numbers of people in Northern Nigeria are at risk of falling into famine.” 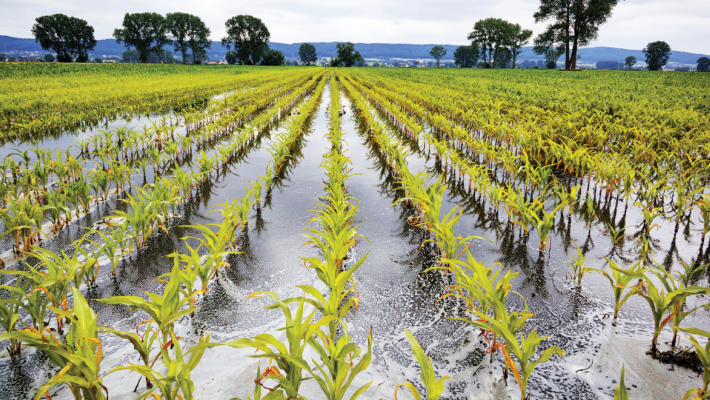 A Farmland used to illustrate the story

The World Food Programme (WFP) and the Food and Agriculture Organisation (FAO) say conflict, COVID-19 and the climate crisis are likely to increase hunger in Northern Nigeria and 22 other countries in the next four months.

While briefing correspondents at the UN headquarters on Friday in New York on a new report released by the two UN agencies, the associate spokesman on the UN, Eri Kaneko, said Ethiopia and Madagascar were the world’s newest “highest alert” hunger hotspots, according to the report.

“The highest alert list also includes South Sudan, Yemen, and northern Nigeria. In some areas of these countries, significant numbers of people are at risk of falling into famine.

“The report flags other countries where life-threatening hunger is on the rise. They include Afghanistan, Burkina Faso, the Central African Republic, Colombia, the Democratic Republic of the Congo, Haiti, Honduras, Sudan, and Syria,” she said.

According to her, WFP and FAO say humanitarian action is urgently needed to prevent hunger, famine and death in all 23 hotspots.

In a statement, the UN agencies warned that efforts to fight a global surge in acute food insecurity were being stymied in several countries by fighting and blockades that cut off life-saving aid to families on the brink of famine.

“Bureaucratic obstacles, as well as a lack of funding, also hamper the two UN agencies’ efforts to provide emergency food assistance and enable farmers to plant at the right time,” it stated.

FAO and WFP have already warned that 41 million people were at risk of falling into famine unless they received immediate food and livelihood assistance.

“2020 saw 155 million people facing acute food insecurity at crisis or worse levels in 55 countries. According to the Global Report on Food Crises, an increase of more than 20 million from 2019 – and the trend is only expected to worsen this year.

“The vast majority of those on the verge are farmers. Alongside food assistance, we must do all we can to help them resume food production. This will enable families and communities to move towards self-sufficiency and not just depend on aid to survive,” FAO Director-General, Qu Dongyu, said.

“That’s difficult without access, and without adequate funding – and so far, support to agriculture as key means of preventing widespread famine remains largely overlooked by donors, unfortunately.

“Without such support to agriculture, humanitarian needs will keep skyrocketing, that’s inevitable.

“Families that rely on humanitarian assistance to survive are hanging by a thread. When we cannot reach them that thread is cut, and the consequences are nothing short of catastrophic,” warned David Beasley, WFP Executive Director.

The report highlights that conflict, climate extremes and economic shocks – often related to the economic fallout of Covid-19 – will likely remain primary drivers of acute food insecurity for the August-November 2021 period.

It said transboundary threat was an aggravating factor in some regions. in particular, desert locust infestations in the Horn of Africa and African migratory locusts in Southern Africa require continued monitoring and vigilance.

“Countries currently facing most significant obstacles preventing aid from reaching those who need it most include Afghanistan, Ethiopia, the Central African Republic, Mali, Nigeria, South Sudan, Somalia, Syria and Yemen.

“The road to zero hunger isn’t paved with conflict, checkpoints and red tape.

“Humanitarian access isn’t some abstract concept – it means authorities approving paperwork in time so that food can be moved swiftly.

“It means checkpoints allow trucks to pass and reach their destination. It means humanitarian responders are not targeted, so they can carry out their life-and livelihood-saving work,” Mr Beasley said.