Not aware of ISWAP governor in Borno, I’m fully in charge: Zulum

Governor Babagana Zulum says there is no ISWAP governor in Borno, insisting that he is fully in charge of the state. 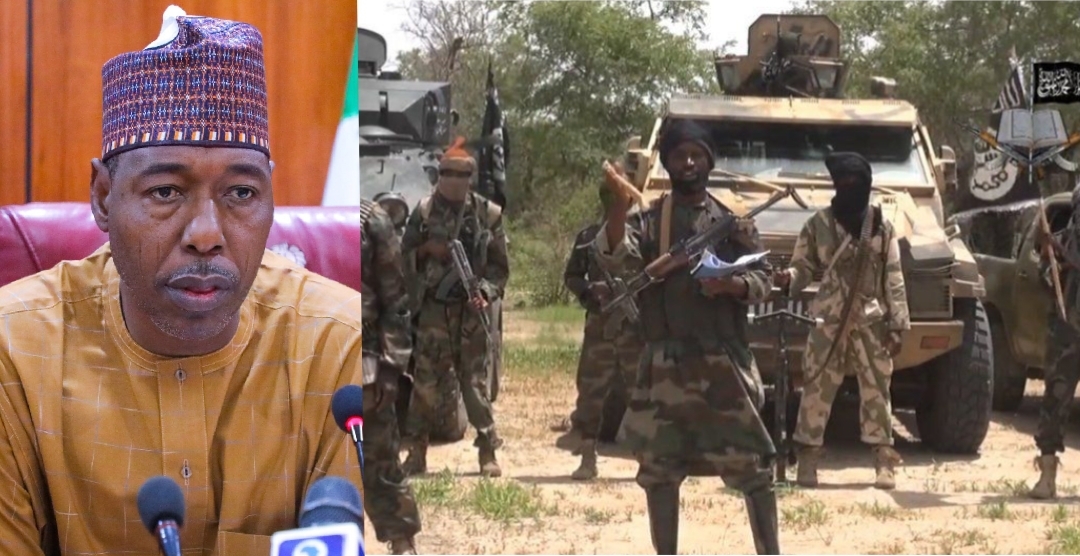 Governor Babagana Zulum says there is no ISWAP governor in Borno, insisting that he is fully in charge of the state.

Speaking to journalists after the closed-door meeting with President Muhammadu Buhari at the Presidential Villa in Abuja, Mr Zulum dismissed claims that the Islamic State of West African Province (ISWAP) had elected a governor for Borno.

He said, “The claim remains unauthenticated. I’m fully in charge of the state.’’

A report had emerged about three weeks ago, claiming that ISWAP terrorists had appointed one Abba Kaka as the Borno governor, under a newly restructured leadership by an interim council.

Mr Zulum added, “We are yet to validate the authenticity of this report that ISWAP has appointed a governor in Borno state.

“So, as the governor of the state, I think it’s not right for me to speak on something that I don’t have full knowledge of. This report is not authenticated. You have just seen somebody writing something in one of the… I think it’s on Facebook or something like that.

“You’re a journalist, and I think we have to prove reports beyond (a) reasonable doubt before commenting on such reports.

“As far as I’m concerned, I’m the governor of Borno State, and I don’t have any information that we have another government in the state. Yes. And I’m very much in charge.”

On Tuesday, the Nigerian Army said the troops of Sector 1 Operation Hadin Kai, deployed at the Forward Operational Base along Maiduguri-Damaturu road, rescued 17 civilians from being kidnapped by Boko Haram terrorists in Borno.

The Director, Army Public Relations, Brig.-Gen. Onyema Nwachukwu, explained that the terrorists had attempted to infiltrate Auno village through a rail line adjacent to the community, but the troops quickly intercepted them in a fierce gun duel.

According to him, further “exploitation” conducted by 7 Division Garrison and 212 battalion troops resulted in the rescue of civilians abducted during the attack at Kontori along Maiduguri-Damaturu road.

“Recall that it was during the said attack that our troops were involved in a road traffic accident while responding to a distress call from the area. The Chief of Army Staff (COAS), Lt.-Gen. Faruk Yahaya, commended the troops’ commitment and decisive operations against the terrorists.

“Yahaya also expressed his readiness and resolve to support the troops with requisite logistics and welfare to enhance their operational efficiency,” he said.