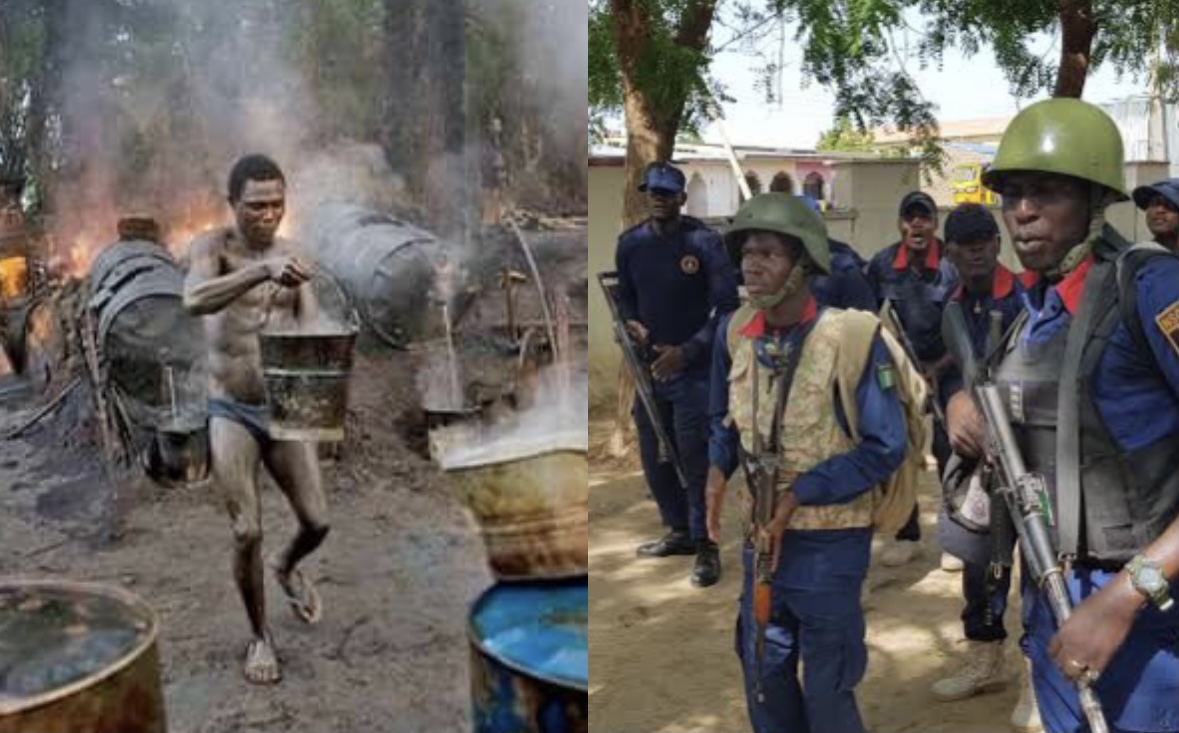 NSCDC commandant in Rivers, Micheal Ogar, said they were arrested in different locations during the command’s raid operations in the state.

He said the raids were in support of Governor Nyesom Wike’s fight against illegal crude oil refining, largely responsible for soot pollution in the state.

According to him, the mopping of illegal artisanal refineries, bunkering sites and arrest of suspects has restored confidence in the people.

“The state government has been fighting oil theft, and we are here to support both the federal government and the Rivers Government, to eliminate illegal bunkering from the state,” he said.

Others are five vehicles and two trucks used to convey the petroleum products; one drum, one cellophane bag, two pumping machines and an unspecified quantity of Petroleum Motor Spirit (petrol).

He said the command was fully focused on actualising the government’s mandate to end crude oil theft, illegal refining of petroleum products and vandalism of critical oil and gas facilities.

“So, we warn those still indulging in illegal bunkering to desist forthwith and engage in legal businesses as there is no hiding place for them in Rivers.

“We are ready to go after them, smoke them out wherever they are hiding and bring them to justice,” he added.

The commandant urged those with useful information on the location of illegal bunkering sites and refineries to report to relevant agencies, assuring that their identity would be kept secret.

One of the suspects, Mba Ojima, said he and his gang were arrested while attempting to illegally supply refined diesel to a filling station for sale to motorists in Port Harcourt.

Another suspect, Chijioke Dennis, 28, said he was arrested around 3:00 a.m. on Thursday while possessing adulterated petroleum products.