The fully kitted police officer collapsed halfway into Mr. Obaseki’s address shortly after the governor was sworn in for a second term. 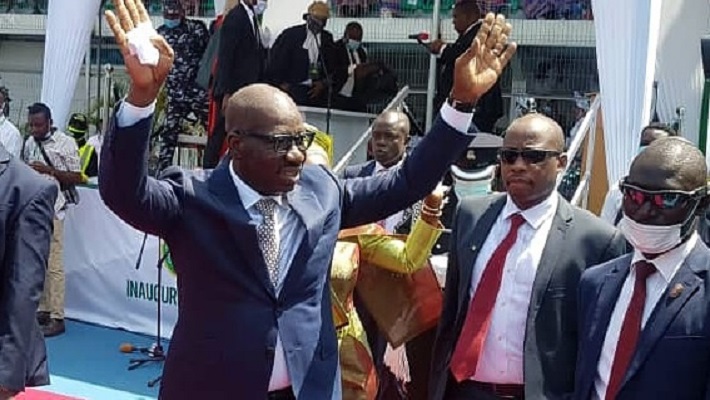 The fully kitted police officer, who was wearing a face mask, collapsed halfway into Mr. Obaseki’s address shortly after the governor was sworn in for a second term by Edo Chief Judge Esther Edigin.

A video capturing the incident, which has circulated on social media, shows the yet to be identified ADC crashing to the ground having briefly displayed signs of discomfort.

The distressed officer was quickly attended to by the governor’s security detail.

Mr. Obaseki, who caught a glimpse of the situation carried on with his speech nonetheless.

Peoples Gazette could not immediately ascertain the cause of the officer’s collapse. The Edo government has yet to issue a statement as of press time.