A total of 131.30 million dollars was traded in foreign exchange at the official Investors and Exporters window on Wednesday. 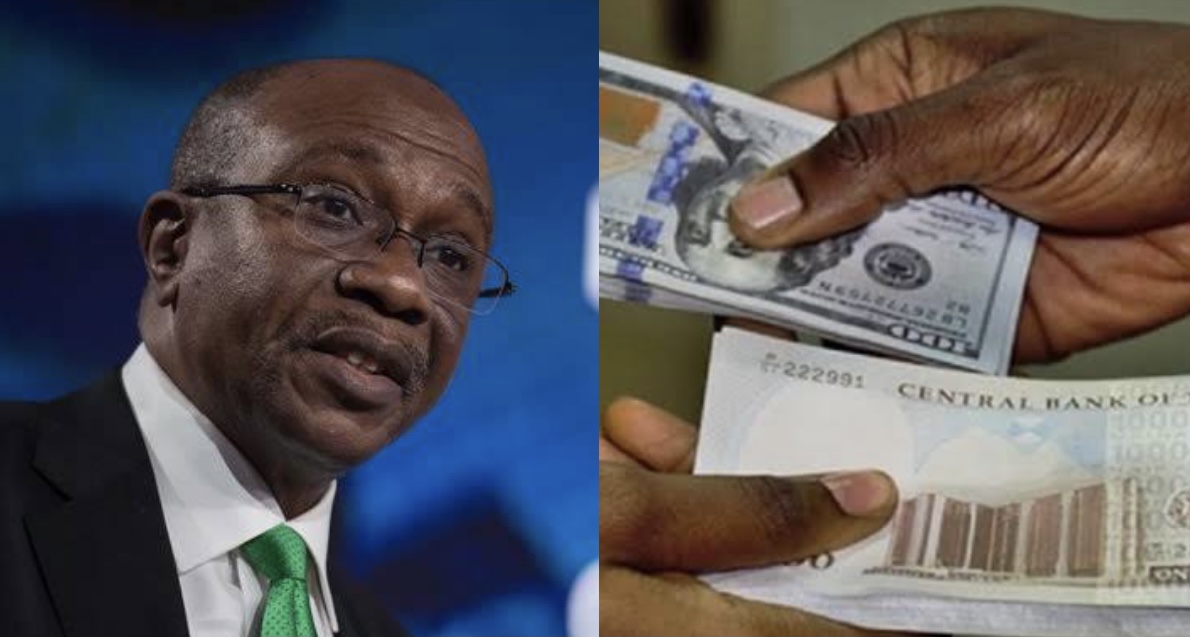 Godwin Emefiele and naira to dollar

On Wednesday, the naira dipped for the third consecutive day against the dollar at the Investors and Exporters window.

It exchanged at N431 per dollar, representing a decrease of 0.08 per cent, compared with N430.67 it exchanged for the dollar on Tuesday.

The open indicative rate closed at N428. 67 to the dollar on Wednesday.

An exchange rate of N444 to the dollar was the highest rate recorded within the day’s trading before it settled at N431.

The naira sold for as low as N417 to the dollar within the day’s trading.

A total of 131.30 million dollars was traded in foreign exchange at the official Investors and Exporters window on Wednesday.